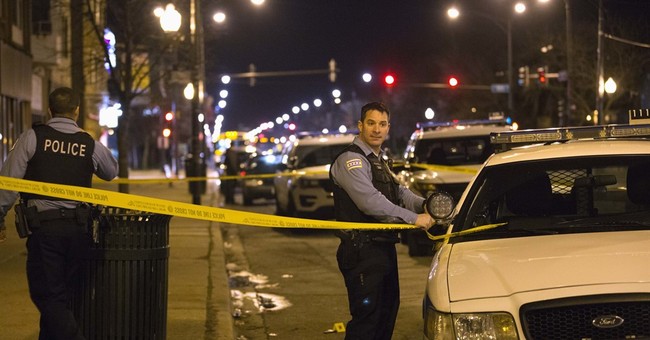 One of the most violent years in Chicago history ended with a sobering tally: 762 homicides, the most in two decades in the city and more than New York and Los Angeles combined.

The nation's third largest city also saw 1,100 more shooting incidents last year than it did in 2015, according to data released Sunday by the Chicago Police Department. The statistics underline a story of bloodshed that has put Chicago at the center of a national dialogue about gun violence.

The numbers are staggering, even for those who followed the steady news accounts of weekends ending with dozens of shootings and monthly death tolls that hadn't been seen in years. The increase in homicides compared to 2015, when 485 were reported, is the largest spike in 60 years.

Police and city officials have lamented the flood of illegal guns into the city, and the crime statistics appeared to support their claims: Police recovered 8,300 illegal guns in 2016, a 20 percent increase from the previous year.

So, of course, more discussions about gun control will probably occur in Springfield and at Chicago City Hall. Yet, taking the politics out of it, the next ten days could be a good gauge concerning whether Chicago will have another bloody year. In the first ten days of 2016, over 100 people were shot. Let’s see what happens over the next two weeks.