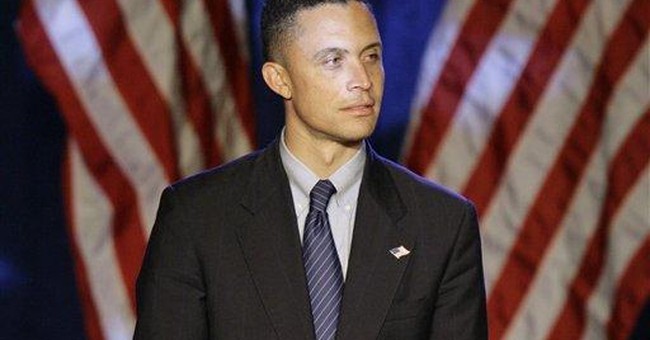 President-elect Donald J. Trump vowed to bring the country together, a tall order given some of his colorful remarks during the 2016 election. Yet, the campaign is over; now is the time to govern. So, it shouldn’t be shocking that he might have a Democrat or two in his cabinet. Trump met with Democrat Michelle Rhee, the former chancellor for D.C.’s public schools, which was met with speculation that she could be tapped as our next education secretary. In the end, it was American Federation For Children’s Betsy DeVos. For transportation secretary, the president-elect is reportedly eyeing former Rep. Harold Ford, Jr. (D-TN) for the job (via Politico):

The telegenic Ford — who served five terms in Congress representing Tennessee and is the son of a long-serving Democratic congressman from Memphis — has worked as a managing director at Morgan Stanley since 2011, and is a regular news analyst on MSNBC.

Ford endorsed Hillary Clinton in the 2016 race, and he and his wife, Emily, contributed to Clinton's campaign. But Ford is also close with Trump’s children, Don Jr., Ivanka, and son-in-law Jared Kushner, an associate said.

Now the moderate Democrat is poised to potentially join the incoming Republican administration. Two sources confirmed to POLITICO that Ford has yet to meet with the president-elect, but that there have been some preliminary feelers put out about potential Cabinet-level posts, including transportation secretary, via "emissaries." And Ford did not rule it out.

"He's happy doing what he's doing," a source close to Ford told POLITICO. "If the President-elect called, then of course, he would listen carefully."

Ford isn’t the only Democrat being considered for a spot in the Trump administration. Bernie Sanders supporter Rep. Tulsi Gabbard (D-HI) is said to be under consideration for a foreign policy/national security position. South Carolina Gov. Nikki Haley was chosen to be our next ambassador at the United Nations and former Marine Corps General James Mattis seems to be the frontrunner to head the Pentagon as defense secretary. Regardless, Trump is reaching out to everyone, even his staunchest critics, like Mitt Romney, who is said to be on the short list for secretary of state.