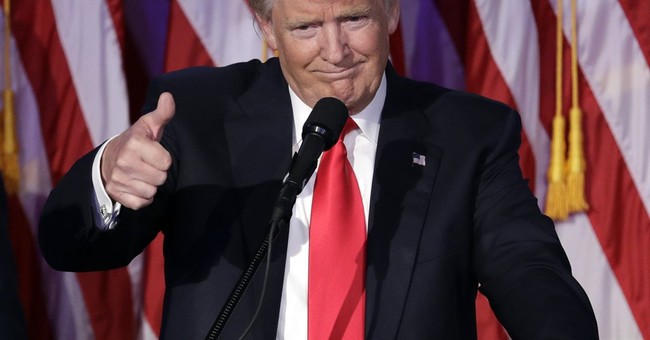 Nebraska is one of two states, the other being Maine, where the electors are picked based on a statewide winner and the highest vote getter in congressional districts. For Maine it’s two congressional districts; Nebraska is three. Trump won four of its five electoral votes. Now, President-elect Donald Trump’s already significant Electoral College lead just increased by one, as he’s clinched Nebraska’s second congressional district to boost his total electoral count to 290. It’s quite possible Trump could break 300, as he’s ahead by at least 12,000 votes in Michigan, which would add 16 more to what would be an Electoral College landslide (via Omaha World-Herald):

The latest unofficial results from the Nebraska Secretary of State’s Office gave Trump a 9,085-vote lead over Clinton. That will be more than enough to prevent Clinton from overtaking him in the 2nd District as the provisional ballots and the last-remaining early votes are counted.

Douglas County Election Commissioner Brian Kruse said there are 5,500 to 6,000 provisional ballots yet to be counted, and an equal number of mail and early-voting ballots that arrived at the office, or were delivered to drop boxes on Election Day.

That makes 11,000 to 12,000 potential more ballots to count. Clinton would need to win nearly all of them in order to catch up with Trump, an unlikely prospect.

Trump won Nebraska overall, 60 percent to 34 percent. He won almost 58 percent of the vote in the 1st District and 75 percent in the 3rd District.

Michigan and New Hampshire are the last holdouts for 2016. We’ll keep you updated.