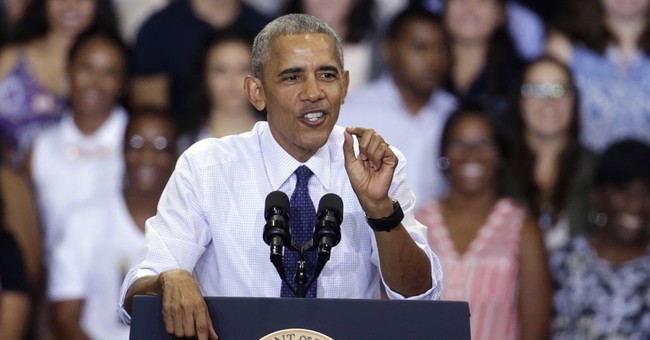 Guy has written extensively on the policy trainwreck that is the Affordable Care Act. It is a complete nightmare, with double-digit premium spikes about to hit the nation (on average) next year. That’s a Tomahawk missile strike to most home budgets, especially those in America’s middle class. An ironic twist since Obamacare was supposed to help this economic demographic, which now finds itself being more squeezed by this law. Even CNN Money noted that Obamacare is turning into another government program that helps predominantly lower income Americans. Simply put, the law isn’t affordable. Republicans have known this. Minnesota Democratic Gov. Mark Dayton admitted this. If you’re able to qualify for a subsidy,

…[F]or many middle class Americans -- a single person earning more than $47,520 or a family of four with an income of $97,200 -- the pricey premiums and deductibles mean health care coverage remains out of reach.

"The middle class are getting squeezed," said Larry Levitt, senior vice president at the Kaiser Family Foundation. "They aren't getting subsidies and these deductibles are hard to afford."

This schism is turning Obamacare into another government benefit program for lower- and moderate-income Americans. The typical enrollee has an income of only 165% of the federal poverty level, or $40,000 for a family of four.

For the 10.5 million enrollees on the Obamamcare exchanges, health insurance costs are more transparent. And more of the burden falls on the consumers. That is leaving an untold number of Americans opting to remain uninsured, rather than shell out thousands a year for premiums and deductibles. In 2015, 46% of uninsured adults said that they tried to get coverage but did not because it was too expensive, a Kaiser study found.

The big price spikes for 2017 have some current Obamacare enrollees wondering whether they'll renew their plans next year or opt to pay the penalty of $695 per person, or 2.5% of income, whichever is larger.

Take Irene Solesky of Towson, Maryland. A mortgage underwriter, Solesky and her husband earn too much to receive a subsidy. So next year, they will have to pay $1,351 a month for a CareFirst Bronze plan for themselves and their two sons. On top of that, they face a $13,100 family deductible.

And yes, more Americans have been opting to pay the penalty because it’s a more economical option. The Obama White House has taken a more vicious reaction to the news that their policy has totally failed. White House Press Secretary Josh Earnest simply said that people could avoid paying the penalties if they sign up for their unaffordable health care program. Yeah, thanks for the advice, kid genius. President Obama has resorted to just straight up lying, saying that the premium hikes will only impact a handful of people, and that everything the GOP has predicted about Obamacare hasn’t come true. Uh, yeah it has, Barry.

But have no fear, folks—Hillary Clinton will fix the law. If you actually believe that, please seek medical assistances, preferably a cat scan, immediately. Obamacare is failing, it’s unaffordable, it’s yet another economic force that’s killing the middle class, and more Americans might opt out of it. As for young people, dependent coverage was extended to 26 years of age, so why would they voluntarily go off their parents’ plan, where they’re already insured, to sign up for Obamacare on their own and get slammed with increasingly rising premiums? Also, young people don’t go to the hospital as much, so they feel they don’t need health insurance. This seems to be a big part of making the law for lack of a better term work, though the Obama administration seems to have overlooked this part, but that could be said for most of their policies over the past eight years, especially the ones we've enacted overseas.