GOP Senator To FBI Director: Your Letter Informing Us Of New Email Review 'Not Fair' To Hillary Clinton 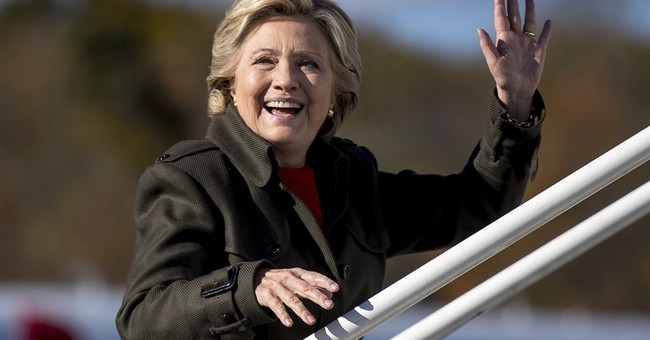 Well, if there’s a GOP heavyweight who really isn’t happy with FBI Director James Comey’s letter to Congress informing them that they will review more Clinton-related emails, it’s Senate Judiciary Chairman Chuck Grassley (R-IA). Grassley described Comey’s letter as too scarce on details, which wasn’t fair to the American public or Hillary Clinton (via The Hill):

The FBI's disclosure of the discovery of additional potential evidence in the case of Hillary Clinton's use of a private email server was unfair to the Democratic presidential nominee, the Republican head of the Senate Judiciary Committee said Monday.

Sen. Chuck Grassley (Iowa) wrote in a letter to FBI Director James Comey that his announcement less than two weeks before Election Day "did not go far enough" in providing details about the emails, which were discovered by agents investigating an unrelated case.

"Unfortunately, your letter failed to give Congress and the American people enough context to evaluate the significance or full meaning of this development," Grassley wrote.

"Without additional context, your disclosure is not fair to Congress, the American people, or Secretary Clinton."

Comey has been taking a ton of heat for the bombshell development that was dropped last Friday, which led to Democrats frothing at the mouth, calling the timing of his announcement peculiar. Sen. Harry Reid (D-NV) straight up accused him of exhibiting a double standard in this investigation and for sitting on information that Donald Trump has ties to Russia. There is no evidence to support that claim. Moreover, Democrats jumped for glee when a federal indictment came to former Defense Secretary Caspar Weinberger in 1992 a mere four days before Election Day. The Clinton/Gore campaign used it to further discredit the presidency of Bush 41, though the indictment was later thrown out in December of that year. The hypocrisy is appalling; Democrats loved Comey. And this isn’t unprecedented. It just happens to be bad press for sick, corrupt, and old Hillary Clinton. The strong reaction just confirms the following: a) this email fiasco remains a salient issue and the negative reaction she’s received is entirely her fault (she also put our national security in jeopardy with that unsecure and unauthorized server at State; b) Democrats know Donald Trump can beat her, which is why they’ve upped their dosage of crazy pills, even accusing Comey of being on the side of Russian President Vladimir Putin. Howard Dean put this out into the ether. The question is how long of a line of cocaine do you need to snort to reach that conclusion? It’s ironic since Dean pretty much alleged that Trump might be a cokehead himself after the first debate.

The new emails were discovered off a laptop used by Anthony Weiner, who is under the microscope for online interactions he had with an underage girl. His estranged wife, top Clinton aide and campaign vice chair Huma Abedin, shared the device, hence why the bureau found 650,000 new emails. On Sunday, they obtained a warrant to review these documents—and Abedin might be in trouble for perjury as she testified that she had turned over all devices containing State Department documents.