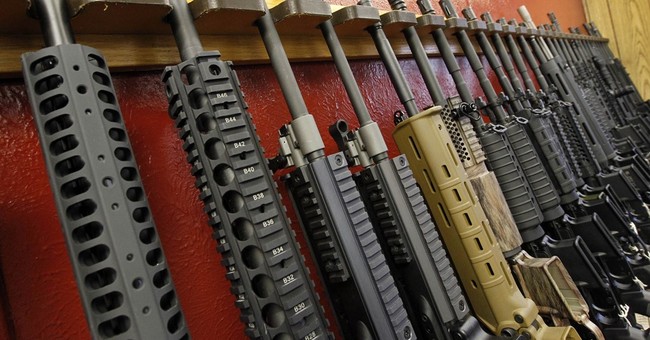 In December of 2015, the families of the Newtown shooting in 2012 filed a lawsuit against Remington Arms, which is one of the many gun manufacturers that makes the common AR-15 semi-automatic rifle. Well, a final decision has been rendered in this case. It’s been tossed (via ABC News):

A judge on Friday dismissed a wrongful-death lawsuit by Newtown families against the maker of the rifle used in the Sandy Hook Elementary School shooting massacre, citing an embattled federal law that shields gun manufacturers from most lawsuits over criminal use of their products.

State Superior Court Judge Barbara Bellis granted a motion by Remington Arms to strike the lawsuit by the families of nine children and adults killed and a teacher who survived the Dec. 14, 2012, school attack, in which a gunman killed 20 first-graders and six educators with a Bushmaster AR-15-style rifle made by Remington.

The families were seeking to hold Remington accountable for selling what their lawyers called a semi-automatic rifle that is too dangerous for the public because it was designed as a military killing machine. Their lawyer vowed an immediate appeal of Friday's ruling.

While the families are obviously disappointed with the judge's decision, this is not the end of the fight," said Joshua Koskoff, a lawyer for the families. "We will appeal this decision immediately and continue our work to help prevent the next Sandy Hook from happening."

No, it’s over, Koskoff. The Protection of Lawful Commerce In Arms Act protects gun manufacturers from lawsuits in which their products were unwillingly used in a felonious act. It’s a key law protecting our Second Amendment rights.

Koskoff had tried to use the negligent entrustment clause of the PLCAA to get around a huge legal hurdle. In that clause, the PLCAA does not apply to a gun storeowner who knowingly sells a firearm to a prohibited person, or a gun manufacturer who fails to publicly acknowledge a safety defect of some sort. Koskoff tried to say that what was negligent was the gun manufacturer making the firearms for civilian use in the first place. The Left has viewed the rifle as the tool for evil. It’s an absurd attack on a firearm that’s owned by millions of Americans, but I digress. It’s another win for the Second Amendment, for civil rights, for American workers (these lawsuits could kill the gun industry and kill jobs) and for every law-abiding gun owner in the country. The case got a bit worrisome when the judge initially refused to toss the lawsuit back in April.