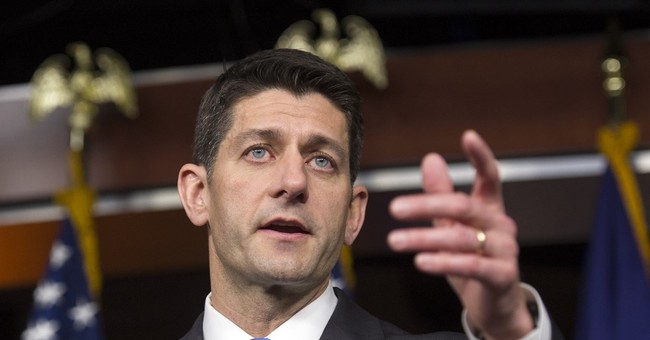 In August, the Republican National Committee was threating to siphon cash away from Trump to the down-ballot races if he couldn’t get it together. At the time, Trump was still reeling from his unfortunate antics, like attacking a Gold Star family, after the Democratic National Convention. Yet, the RNC and Trump denied such a conversation ever happened. Moreover, Allahpundit wrote over at Hot Air that RNC Chairman Reince Priebus really wasn’t in any position to demand anything from the Trump campaign. For starters, the RNC had to look as if they were doing everything they can to help him to avoid looking like they were setting him up to fail; an appearance that could be a serious setback for the 2018 midterms. Also, new developments about the Clinton Foundation broke and the focus returned to Clinton. Then, we got this recording of Trump talking about grabbing women’s private areas.

The 2005 Access Hollywood tapes might be “unrecoverable,” or at least that’s what NBC’s Chuck Todd thinks. The remarks that Trump made about making advances on then-Access Hollywood anchor Nancy O’Dell, who is married, also drew near universal condemnation from the party. Those who supported Trump are rescinding their endorsements, those who were on the fence are certainly not supporting him now, and those who already opposed him are taking the additional step of demanding that he step down. The latter is never going to happen. Still, this might be the case where the RNC has decided it has, indeed, had enough of Mr. Trump's unruly behavior. The Wall Street Journal reported that Mr. Priebus has ordered funds for Trump to be redirected down-ticket to protect the Republican majority in Congress:

Republican National Committee Chairman Reince Priebus on Saturday told party officials to redirect funds away from nominee Donald Trump to down-ballot candidates, according to an official informed of the decision. In practical terms, the party will be working to mobilize voters who support GOP House and Senate candidates regardless of their position on the presidential race.

That means the RNC will push Floridians who support both Democratic nominee Hillary Clinton and Republican Sen. Marco Rubio to vote. Before today, the RNC wouldn’t have sought to turn out Clinton voters, leaving split-ticket voters for Senate campaigns to target.

In an interview, Mr. Dole said he is still supportive of the party’s nominee. “It was 11 years ago. He shouldn’t have said it, but there’s nothing he can do about it except to do well in the debate,” he said. “I think he can overcome a lot of this in the debate tomorrow night.”

The speed and breadth of the abandonment of Mr. Trump’s candidacy shocked some long-time party members and exposed a shattered party without a clear path forward.

The immediate consequence of the RNC’s decision on allocating resources is a halt to the party’s mail program so it can be redirected toward a new universe of voters, the official said. News of the mail program stopping was first reported by Politico. Mr. Priebus and top party strategist Sean Spicer didn’t respond to requests for comment.

Opinion polls across the country show a growing number of voters willing to back GOP congressional candidates and Mrs. Clinton. In Ohio, where Republican Sen. Rob Portman has endorsed Mr. Trump but declined to appear with him, the senator is leading his race by 15 percentage points in public opinion polls, while the presidential battle is basically tied. The RNC could increase the number of split-ticket voters by pushing Clinton supporters who back GOP Senate candidates to the polls.

Mr. Trump’s latest imbroglio is also widening a chasm between the party’s old guard and the legions of voters drawn to his anti-establishment message.

The Journal added that the division between the establishment and the Trump wing of the GOP was on display at Speaker Paul Ryan’s Wisconsin rally; where Trump was supposed to appear. Ryan disinvited him after the 2005 remarks were made public. Gov. Mike Pence was slated to appear in Trump’s stead, but also withdrew. Pence is reportedly cutting off Trump for the next 48 hours due to these remarks, noting that he would be an ineffective surrogate relating to any role regarding damage control. On top of that, sources have told CNN that Ryan wants Trump to be dropped from the Republican ticket.

Again, it’s too late for that. The GOP is stuck with him. Nevertheless, anti-Trump fever might be detrimental to these down-ballot races as well. Republican Congressman Joe Heck, who is working to take outgoing Democratic Sen. Harry Reid’s Nevada seat, disavowed Trump at a rally, which elicited boos from the crowd. Back in September, the Morning Consult noted that support for Never Trump politicians had dipped slightly. Whatever the case, even we should all brace for a very rough week ahead.