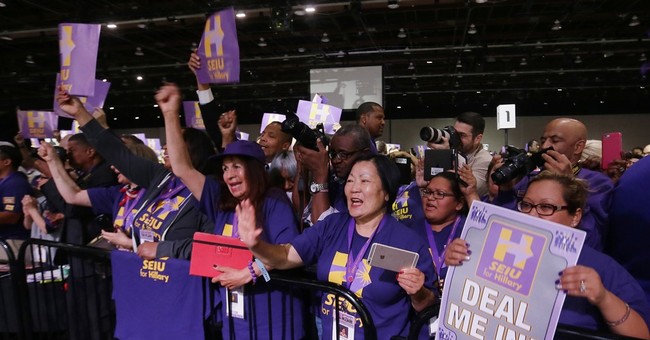 After a prolonged legal battle, the Freedom Foundation has won access to the membership rolls of a local Service Employees International Union chapter in Washington State. They’re now canvassing neighborhoods with known SEIU members, reminding them they can opt out of the union. Union leaders are describing this as nothing more than union busting (via Q13Fox):

The conservative think tank Freedom Foundation is sweeping one county at a time armed with names and addresses of union members.

On Wednesday, about two dozen people with the group canvassed King County.

The Freedom Foundation says a 2014 U.S. Supreme Court decision now gives part-time home health care workers the right to opt out of being in their union, SEIU 775. They say prior to 2014, workers had no choice but to pay.

“Some people may decide they simply can’t afford the 3.2% withheld from their paycheck,” Max Nelsen of Freedom Foundation said.

SEIU 775 leaders are furious with the door-to-door tactics. They lost a two-year court fight against the Freedom Foundation after the organization filed a public records request asking for all the names of their union members. The group says they stand for individual liberty. Union leaders say they don’t buy it.

“They are about busting unions and creating a cheap workforce in the United States” SEIU 775 leader Guerry Hoddersen said.

Yeah, I have no problems with this. I guess unions are a worried that their members will find out that they don’t have to pay those dues that fund political activities, usually for the benefit of the Democratic Party.