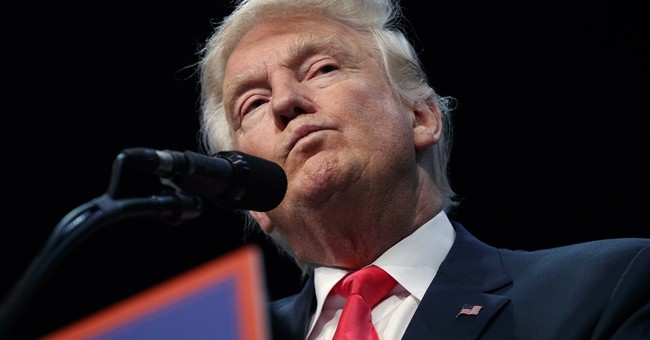 It’s been a disastrous week for Trump. The fallout from the billionaire’s unnecessary attacks on the Khan family, a Gold Star Family, who lost their son, U.S. Army Captain Humayun Khan, in Iraq back in 2004 has only intensified. As a result of this blowback, the media is probably going to focus more on Trump rather than the suspicious $400 million airlift that occurred right as Iran released four detained Americans last January; the transfer, which some have called a ransom, wasn’t originally disclosed at the time. It’s another damning indictment of Obama’s foreign policy—a policy that Clinton helped enact and promote around the world.

Instead, Khizr Khan got under Trump’s skin by saying he never read the Constitution, that he never sacrificed anything in his life (Trump did say he created jobs as an example of this). Trump went after Khizr’s wife, Ghazala, for not speaking while both were at the podium. He insinuated that maybe her religious background prevented her from doing so—not because she lost her son. Ghazala penned an op-ed responding to Trump’s attacks, which made the Republican nominee look even more callous. It’s also impacted him with voters, one-third are now less likely to support him after this trainwreck, according to a new Morning Consult poll:

Importantly, the episode made 31 percent of self-identified independent voters less likely to vote for Trump, although 45 percent said the incident didn’t change anything about their vote in November.

So, while more voters said that this doesn’t change their minds, possibly because they know this is typical Trump behavior, it’s also a bit eye-opening that almost a third could also potentially be lost because the man went after a Gold Star family. It's also not smart to give a significant chunk of Independents, which Trump will definitely need in November, a reason to step away from you.

At the same time, what Trump did was totally indefensible. There’s no coming out of the other side clean in this fight. There’s also no way to win picking a fight with a family who lost their son while defending this country. Now, we have the media digging up his deferments during the Vietnam War. It’s a can of worms that could’ve been avoided, but here we are. Yes, Hillary Clinton said equally bad things about Patricia Smith, whose son, Sean, was killed in Benghazi—but that’s just pointing out that she’s just as bad. It’s a little better when your side can claim a moral high ground. That’s not the case here. For some people voting for Trump, not because they like him, but because a Clinton presidency is terrifying. This offers some pause—and it should.