Venezuelan Government: You Are To Leave Your Jobs For 60 Days To Work In the Fields 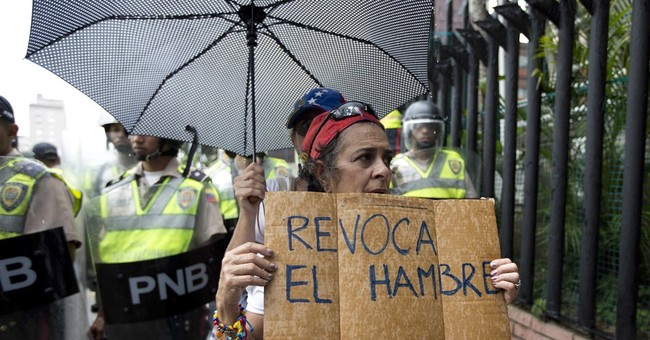 We all know that Venezuelan socialism has been a total disaster. People were reportedly eating dogs, cats, and birds for sustenance. Crime was spiking. Inflation is out of control—and there is what could only be described as gladiatorial battles to get the most basic supplies at the supermarkets. Energy shortages have led to rolling blackouts. Toilet paper is now a luxury item. Access to medicine has been a nightmare, with the country’s entire hospital system operating in deplorable conditions. It’s so bad that some places don’t have gloves or soap. Of course, many Venezuelans have resorted to looting to survive.

As for food, hunger has gripped the nation, with shocking footage of people eating from the trash. President Nicolas Maduro continues to be laser-focused on continuing the socialist agenda started by his predecessor, the late Hugo Chavez. Maduro has sought to blame the U.S. and the leading political opposition for his economic woes, while the country languishes to recover. Now, to help with food production, the government has decreed that Venezuelans will be removed from their daily jobs for a period of 60 days to work in the fields (via CNBC):

The government of Venezuela has issued a decree that "effectively amounts to forced labor" in an attempt to fix a spiraling food crisis, according to a new report from Amnesty International.

A Venezuelan ministry last week announced Resolution No. 9855, which calls for the establishment of a "transitory labor regime" in order to relaunch the agricultural and food sector. The decree says that the government must do what is "necessary to achieve strategic levels of self-sufficiency," and states that workers can be forcefully moved from their jobs to work in farm fields or elsewhere in the agricultural sector for periods of 60 days.

"Trying to tackle Venezuela's severe food shortages by forcing people to work the fields is like trying to fix a broken leg with a band aid," said Erika Guevara Rosas, Americas director at Amnesty International, in a statement.

Again, socialism—policies that are so good, they’re mandatory.