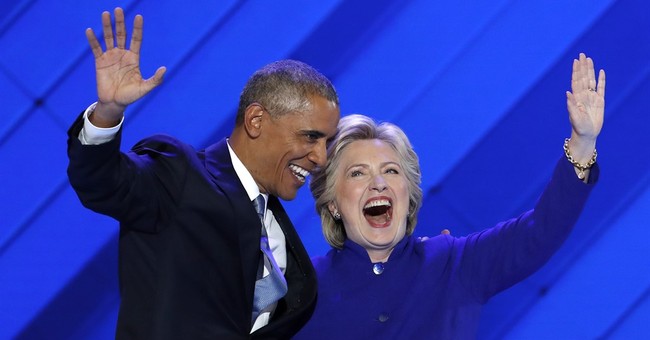 Guy wrote that some have called it a slush fund; others have noted that it’s a bank where favors are deposited with the Clinton family. Either way, Hillary Clinton may soon have to face questions about the dealings of her family non-profit, which has already found itself in ethical hot water over the timing of some donations and corresponding actions favorable to the donors. For example, Hillary Clinton (and Barack Obama) was against the Columbia Free Trade Agreement, mostly due to human and labor rights concerns. One energy company, Pacific Rubiales, was at the center of the labor controversy. Its founder Frank Giustra gave millions to the Clinton Foundation, as did Rubiales, and Clinton did a 180-degree turn in her position on the matter. Giustra is now on the Clinton Foundation’s board of directors.

Also, there were arms deals that soared into the billions that went to governments that donated millions to the Foundation. Well, now, the Internal Revenue Service has confirmed that they’re referring GOP inquires into those matters to their exempt organizations division for review to see if any felonious activity occurred, the same division that landed the embroiled the agency in scandal after it was alleged that they were targeting conservative non-profits. The Daily Caller was the first to report on this matter (via Fox News):

The IRS confirmed in a letter it is looking into claims of “pay-to-play” practices at the Clinton Foundation, after dozens of Republican lawmakers requested a review of potential “criminal conduct” at the organization founded by the family at the center of this week’s Democratic National Convention.

Commissioner John Koskinen wrote in a July 22 letter to Republican Rep. Marsha Blackburn that the issue has been “forwarded” to the IRS “Exempt Organizations Examinations” program in Dallas.

Asked for comment on the referral, the agency said in a statement: “The IRS receives referrals from a variety of sources. We forward all referrals to the appropriate area for consideration of whether there are issues that justify further review. We have standard processes and procedures we follow when we receive information or referrals from outside groups. Due to federal privacy protections, the IRS cannot comment on individual taxpayers or organizations.”

The request for an examination came in a July 15 letter from 64 House Republicans including Tennessee Rep. Blackburn. In the run-up to the Democratic convention where Hillary Clinton was nominated for president Tuesday, they asked the FBI, IRS and Federal Trade Commission to examine the dealings of the foundation.

"From the information we have been able to gather, it appears the Clinton Foundation is a 'pay to play' sham charity that needs to be investigated," Blackburn said in a statement on Tuesday. "The Clintons have used their Foundation to personally enrich themselves at the expense of American foreign policy. At a minimum, the Foundation’s tax-exempt status needs to be reviewed and revoked immediately."

Just like the FBI, don’t expect much from the IRS referral. There may be a lot of damaging information and odd coincidences between the donor, the donation, and the favorable event that benefited an interest connected with the individual, but this is from an agency that’s also been dragging its feet on releasing documents relating to whether they did target conservative organizations. That’s still a thorn in its side, and I doubt the agency will be enthusiastic about possibly torpedoing Clinton with a finding that play-to-play does occur at the Clinton Foundation. It’s a wonderful mirage. At the same time, we can say that Clinton is still under FBI investigation since their probe into the charity hasn't concluded.

Where Did All of These Haitians Come From and Why Are They at the Border Now?
Julio Rosas
Is the Biden Administration Lying About How Many Illegal Immigrants Are Being Released?
Katie Pavlich
Reports: Taliban Hunting Down US Allies, Persecuting LGBT Afghans, Repressing Women