Watchdog: Let's Face It, the Clinton Foundation is Basically a 'Slush Fund' 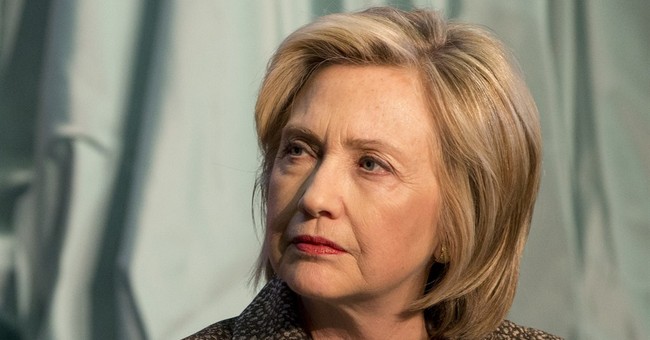 Last week we learned about the Clinton Foundation's tax problems -- including a serial failure to disclose tens of millions in donations from foreign entities -- and explosive allegations of a lucrative quid pro quo involving the Russian government's successful effort to gain control of a sizable percentage of US uranium capacity.  (Mistakes were made, they magnanimously concede).  Now the author of 'Clinton Cash,' upon whose work the New York Times, Washington Post and Fox News have built, is pointing to eleven  "coincidences" involving Bill Clinton's speaking schedule and issues before Hillary's State Department:


Bill Clinton gave 11 speeches during his wife’s tenure as secretary of state, each connected to companies that had business pending before the State Department, according to the author of a new book on the Clinton Foundation, who notes that the business was concluded in their favor following donations to the former president’s nonprofit...Schwiezer stopped short of alleging a strict quid pro quo, but he pointed to an extensive pattern of foreign companies donating to the Clinton Foundation when they have business interest pending at the State Department. “They make large payments and favorable actions are taken,” Schwiezer said. “I don’t think that coincidences occur that frequently.”

Lanny Davis, who worked in the White House under Bill Clinton, defended his old boss by suggesting that companies started paying him more after his wife took office because he had a track record of success as a philanthropist. “It’s more logical that right after he got out of the White House, before the foundation’s activities and before he did so much good around the world, he’s going to be less valuable,” he said. Davis also argued that the “coincidences” Schweizer noted do not suggest bad behavior. “Of course, it’s a coincidence but it’s a false inference,” he said...Fox News’ Chris Wallace asked if the private emails Hillary Clinton deleted might have pertained to the Clinton Foundation’s donations. “Look. Anything is possible,” Davis replied dismissively.


"Anything is possible," indeed.  Hillary made a proactive decision to violate layers of rules, and possibly the law, by setting up a rogue email server on which conducted all of her official business.  She made a conscious decision to withhold her emails from public scrutiny, ignoring a Congressional inquiry in 2012.  When the stonewall began to break down, she actively chose to have her attorneys cull her emails, acting with no oversight and changing their tune about their methodology (another Clinton excuse went down the tubes a few weeks ago).  She decided to have them delete tens of thousands of correspondences, and approved the server's effective destruction.  In the process, she endangered national security.  Mrs. Clinton isn't a stupid woman. She knew that these machinations becoming public would be damaging -- but concluded that the trade-off was worth the bad press, on balance.  Why?  What was lurking in her emails that made all of the dodgy malfeasance worthwhile?  We will likely never know, which was precisely the point.  This, perhaps above all other reasons, is why the Clintons have not earned the benefit of the doubt here; they're not getting it from Ron Fournier:

Hillary Clinton seized all emails pertaining to her job as Secretary of State and deleted an unknown number of messages from her private server. Her family charity accepted foreign and corporate donations from people doing business with the State Department – people who hoped to curry favor. She violated government rules designed to protect against corruption and perceptions of corruption that erode the public's trust in government. She has not apologized. She has not made amends: She withholds the email server and continues to accept foreign donations. That's what this is about...Clinton's crisis management team makes a big deal of the fact that "Clinton Cash" author Peter Schweizer hasn't proven a "quid pro quo." Really? It takes a pretty desperate and cynical campaign to set the bar of acceptable behavior at anything short of bribery. The Clinton team also points to errors made by news organizations investigating the email and foundation scandals, particularly the work around Schweizer's book. That is their right, but they're nibbling around the edges: The core ingredients of the Clintons' wrongdoing has not been misreported.


As for the work of the 'charitable' Clinton Foundation itself, how has the organization been spending the mountains of money flowing into its coffers from all corners of the world?  Opaquely, that's how:

If you take a narrower, and more realistic, view of the tax-exempt group’s expenditures by excluding obvious overhead expenses and focusing on direct grants to charities and governments, the numbers look much worse. In 2013, for example, only 10 percent of the Clinton Foundation’s expenditures were for direct charitable grants. The amount it spent on charitable grants–$8.8 million–was dwarfed by the $17.2 million it cumulatively spent on travel, rent, and office supplies. Between 2011 and 2013, the organization spent only 9.9 percent of the $252 million it collected on direct charitable grants.


The majority of expenditures have been lumped into a broad "other expenses" category, which could mean...well, anything. That may be why an official at the nonpartisan, good-government Sunlight Foundation calls the foundation a "slush fund:"

“It seems like the Clinton Foundation operates as a slush fund for the Clintons,” said Bill Allison, a senior fellow at the Sunlight Foundation, a government watchdog group once run by leading progressive Democrat and Fordham Law professor Zephyr Teachout. … The Clinton family’s mega-charity took in more than $140 million in grants and pledges in 2013 but spent just $9 million on direct aid. …


Parting thought: As the drip, drip, drip (which I've mentioned previously) continues, are some Democratic insiders starting to get cold feet?  Perhaps, but they have no viable alternative, so they'll circle the wagons, counterattack, and hope for the best.  I'll leave you with Ruth Marcus casting the Clintons' behavior in the best possible light -- "slopiness and greed:"

Here's a Three-Word Policy That's Been Effective in Stopping School Shootings
Matt Vespa
'Sick Son of a Bitch' Beto O'Rourke Crashes Uvalde Press Conference
Spencer Brown
Here's the Only Red Flag We Knew About the Texas Shooter...But It Wouldn't Have Made a Difference
Matt Vespa
And This Is Why NBA Coaches Should Zip It When It Comes to Politics
Matt Vespa
Biden Makes New Push For Gun Control
Katie Pavlich
Texas Shooter Was Known to Police
Katie Pavlich
CARTOONS | AF Branco
View Cartoon
Most Popular