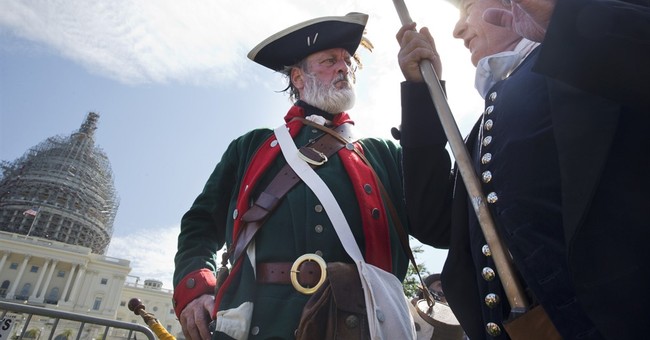 The IRS’ targeting of conservatives is almost double the scandal than originally believed. On Monday, the agency finally released its full list of right-leaning groups it unfairly scrutinized. The Treasury Department’s initial report in 2013 found 298 groups on the list, but the latest news brings the total to 426.

The names span the gamut, covering well-known groups like Tea Party Patriots but also lower-profile local outfits like the Louisiana Campaign for Liberty, Patriots of Charleston, the Asheville Tea Party, Inc. and many more.

The Washington Times offered some insight into how the IRS searched for keywords when singling out groups.

Sixty of the groups on the list released last month have the word “tea” in their name, 33 have “patriot,” eight refer to the Constitution, and 13 have “912” in their name — which is the monicker of a movement started by conservatives. Another 26 group names refer to “liberty,” though that list does include some groups that are not discernibly conservative in orientation.

Mark Meckler is the president of Citizens for Self-Governance, the third party funder for NorCal Tea Party Patriots, et. al vs. IRS, the last lawsuit standing against the plagued government agency. He responded to Monday’s report in a new statement, insisting that the IRS needs to seriously work on its transparency.

“Trust level with the IRS is nonexistent,” Meckler said. “Their recently revealed list of targeted groups is larger than what they initially disclosed; giving a very real possibility that this list is over-inclusive in light of recent investigations and legal proceedings. The IRS needs to simply open the doors and let people see what is going on, how their information is handled and understand that they work for the people. It has become one giant scam, from top to bottom, and must be reformed in the same way – from top to bottom.”

The IRS could start by holding staff more responsible. In the immediate aftermath of the scandal, the agency forced agency commissioner Steven Miller to resign and placed Lois Lerner, the IRS’ former director of the Exempt Organizations Unit, on administrative leave. She eventually resigned as a result of the controversy, yet she and the larger agency escaped any charges following a Department of Justice investigation.

As for IRS Commissioner John Koskinen, he has yet to face any real consequences for stonewalling Congress’s investigation into his agency’s bias. Lawmakers on the Judiciary Committee have scheduled a series of hearings this year to examine Koskinen’s conduct and determine whether it is grounds for impeachment. He was a no show, however, at last month’s inaugural meeting.

If the IRS wants to prove to Americans it is on the level, it can start by answering questions.