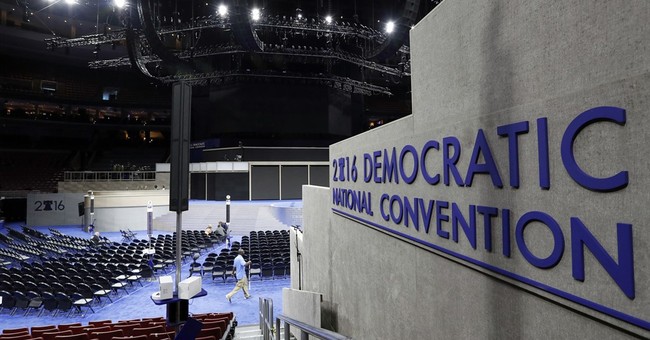 Damn due process and the votes of the people if gender balance is needed. That’s apparently the ethos behind why two male delegates from the Vermont’s Democratic delegation were axed to balance out those who will be descending into Philadelphia to formally nominate Hillary Clinton next week (via Associated Press):

complaint to the Democratic National Convention says two male Vermont delegates were replaced by women in the name of "gender balance" and without adequate due process.

The complaint, filed by 21 Vermont Democrats including 16 women, says the national party this month strong armed the state party to replace Vermont Sen. Tim Ashe and party stalwart Ken Dean, although Dean and Ashe were elected June 11. Dean is among the 21 complainants; Ashe is not.

"The DNC's tactics were designed to strong-arm the Vermont Democratic Party: the party was ordered to act within 24 hours, the party was threatened with the loss of 5 delegate seats, the loss of hotel rooms and the password necessary for convention logistics," the complaint says. "The Vermont delegation was given no time to work together to explore other ways, other solutions, to abate the gender imbalance."

The credentials committee for the Democratic National Convention is expected to review the complaint Sunday. Gutting two male members in an affirmative action move on steroids so that the delegation could be more…gender balanced? Oh, this is definitely a Democratic Party convention.