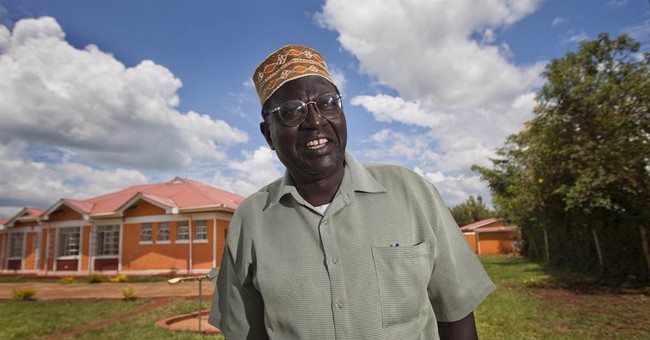 Well, if you want something to chuckle at for a bit, there’s this story from The New York Post that wrote about President Obama’s half-brother who is ready to Make America Great Again. That’s right–Malik Obama plans to vote for Donald Trump in November, citing his brother’s disappointing leadership, his support for traditional marriage, and the FBI’s refusal to file criminal charges against presumptive Democratic nominee Hillary Clinton over her private email system, where she and her staff were noted to be “extremely careless” in the safeguarding of classified material. He claims to be registered in Maryland (via NY Post):

“I like Donald Trump because he speaks from the heart,” Malik Obama told The Post from his home in the rural village of Kogelo [in Kenya]. “Make America Great Again is a great slogan. I would like to meet him.”

Obama, 58, a longtime Democrat, said his “deep disappointment” in his brother Barack’s administration has led him to recently switch allegiance to “the party of Lincoln.”

The last straw, he said, came earlier this month when FBI Director James Comey recommended not prosecuting Democratic presidential candidate Hillary Clinton over her use of a private e-mail servers while secretary of state.

“She should have known better as the custodian of classified information,” said Obama.

He’s also annoyed that Clinton and President Obama killed Libyan leader Moammar Khadafy, whom he called one of his best friends.

“I feel like a Republican now because they don’t stand for same-sex marriage, and that appeals to me,” he said.

Obama believes strongly in the institution of marriage — so strongly that he has at least three current wives, although press reports have put the number as high as 12.

Obama plans to trek back to the US to vote for Trump in November. Obama used to live in Maryland, where he worked for many years as an accountant and is registered to vote there, public records show.

The NY Post reported that Malik even has a “Make America Great Again” hat. So, a man who has A LOT of wives (but supports the institution marriage), and called a dictator his friend, is backing Trump. I tell you, some of the endorsement the billionaire picks up are noting sort of astonishing, if not downright colorful. Regardless, whether it’s beneficial or detrimental, Trump decided to weigh in on the matter on Twitter, suggesting family strife was also at the heart of Malik’s decision.

Wow, President Obama's brother, Malik, just announced that he is voting for me. Was probably treated badly by president-like everybody else!