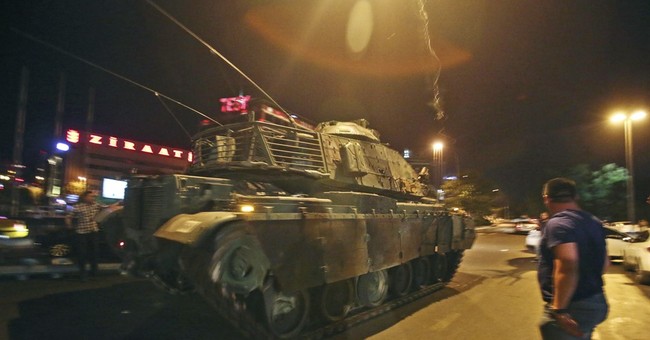 Presumptive Democratic nominee Hillary Clinton released a statement on the ongoing turmoil in Turkey, where the military appears to have attempted a coup against President Tayyip Erdogan. She urged calm on all sides, while saying she supports the democratically elected government (Erdogan), the rule of law, human rights, and hopes that we can all work to ensure he safety of everyone, especially the U.S. citizens in the country.

Donald Trump, the presumptive Republican nominee, has yet to tweet or release any press statement related to the attempted military coup.

Hillary on the situation in #Turkey. pic.twitter.com/WwpeKFXwX1