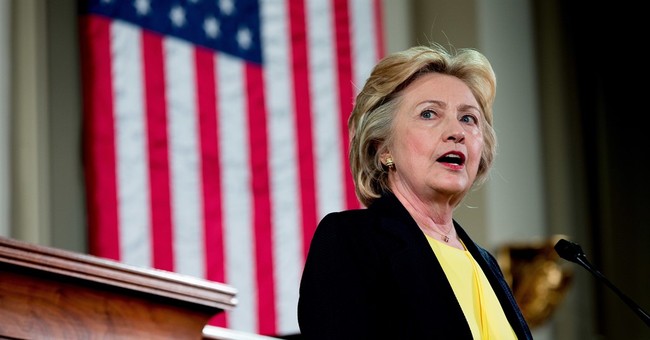 Katie wrote about how FBI agents feel that an inside deal was struck between Bill Clinton and Attorney General Loretta Lynch when the former president allegedly delayed departure time so he could run into Lynch in Phoenix. They spoke for about 30 minutes on her plane, where the conversation was grounded in golf and grandchildren. No one believed that malarkey.

The FBI Director, James Comey, issued a damning report at the end of their investigation into Hillary Clinton’s email use, where “extreme carelessness” was exhibited by the former first lady and her staff in the safeguarding and collection of classified material. Over 100 classified emails were found on 52 separate mails chains, and were deemed classified at the time they were sent or received. Yet, he decided not to recommend charges be brought against Mrs. Clinton. Lynch soon made her own announcement that no charges will be filed.

Yes, what about this non-disclosure business? Katie said that agents involved in the investigation had to sign non-disclosure agreements in order to prevent leaks. Over at Fox News, Catherine Herridge and Pamela K. Browne reported that a senior deputy to Comey sent a letter to Sen. Chuck Grassley (R-IA), chairman of the Senate Judiciary Committee, on July 1, to give them a heads up about the gag order (aka “Case Briefing Acknowledgement”), which also proves, contrary to what the Clinton camp has said, that this was a criminal investigation into her private email server. The FBI also said that no agent in the investigation refused to sign the agreement. "No one refused to sign," they said:

"The purpose of this form is to maintain an official record of persons knowledgeable of a highly sensitive Federal Bureau of Investigation counterintelligence investigation," the agreement attached to the Grassley letter reads, "....I (FBI agent) also understand that, due to the nature and sensitivity of this investigation, compliance with these restrictions may be subject to verification by polygraph examination."

The July letter also says that the purpose of the agreement was two-fold: "to maintain an official record of all persons knowledgeable of this highly unusual investigation, and to remind individuals of their obligations to protect classified and sensitive information." The letter states "no one refused to sign" or “raised any questions or concerns.”

The "Case Briefing Acknowledgement" is more evidence that the probe was always a serious criminal investigation, and never a "security review" or "security inquiry" as described by Clinton and her campaign team.

Browne and Herridge added that Grassley sent a letter back to the FBI, citing the glaring lack of whistleblower protections in the initial order. He received an addendum to the Case Briefing Acknowledgement that says the non-disclosure agreement does not prohibit agents from discussing the investigation through “communications with Congress, the reporting to an Inspector General of a violation, or a substantial and specific danger to public health or safety, or….any other whistleblower protection." Moreover, they reported, citing a former agent, that such agreements could hamstring such investigations, like this, as it could fall prey to "group think," given the agents assigned can't "bounce off ideas" off their fellow colleagues unrelated to the assignment.

Nevertheless, it seems as if the FBI did its job concerning combing through the emails and finding appalling lapses in security regarding keeping state secrets under lock and key. Attorney General Loretta Lynch's testimony to the House Oversight Committee turned out to be a complete waste of time, as she refused to answer any questions as to why no charges were brought against Mrs. Clinton over her emails. It got to the point where Rep. Doug Collins (R-GA) said that he missed Lynch's predecessor, Eric Holder, who a least answered questions.

Still, this is a serious order, one that could land you next to a polygraph if you’re suspected of having loose lips.