Oh My God: Some People Are Playing Pokemon Go...Inside The Holocaust Museum 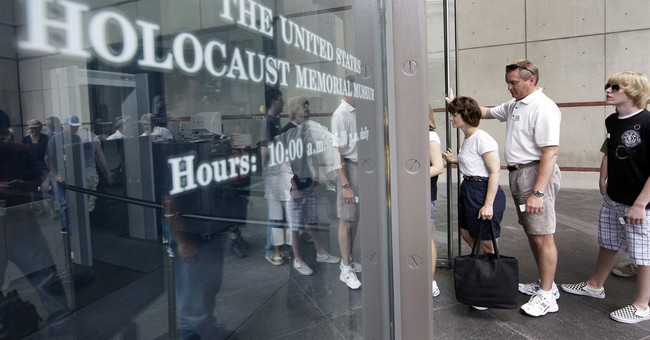 Pokémon Go is the latest craze, but people are getting out of control. I mean, it’s to the point where visitors are trying to catch Pokémon at inappropriate venues, like the Holocaust Museum in Washington D.C. As you can expect, the museum’s staff isn’t happy that people are using it as a Pokéstop—and are reminding visitors that they’re in a building memorializing the victims of Nazism. So, show some respect (via WaPo):

The museum, along with many other landmarks, is a "PokéStop" within the game — a place where players can get free in-game items. There are three PokéStops associated with various parts of the museum.

"Playing the game is not appropriate in the museum, which is a memorial to the victims of Nazism," Andrew Hollinger, the museum's communications director, told The Post. "We are trying to find out if we can get the museum excluded from the game."

The Holocaust Museum's plight highlights how apps that layer a digital world on top of the real one can create awkward situations, especially since the owners of the physical locations often cannot weigh in on how their spaces are being used.

One image circulating online appears to show a player encountering an unsettling digital critter inside the museum: a Pokémon called Koffing that emits poisonous gas floating by a sign for the museum's Helena Rubinstein Auditorium. The auditorium shows the testimonials of Jews who survived the gas chambers.

Oh my god. Then again, one would hope that a normal person should probably come to their senses and realize that hunting for digital pocket monsters on their mobile phone near the model of the Auschwitz crematorium is probably in very poor taste. Yet, let us not forget the equally improper act of taking selfies at Nazi concentration camps. So, I guess either way you cut it; there will always be awful people around. On a more positive note, the game is now more popular than pornography.

Recently, some lawmakers have called on the game's developers' to disable the game in the Holocaust Museum.