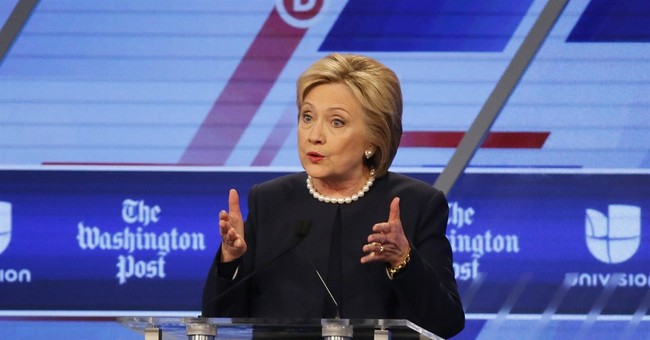 During CNN’s Democratic debate last night, Hillary Clinton decided to once again launch countermeasures over the controversy surrounding her private email system. Univision’s Jorge Ramos, who disclosed that his daughter works for Clinton’s campaign, asked if she’ll drop out of the race if indicted by the Department of Justice for mishandling classified information.

Clinton said the usual bits that what she did was a mistake, but that it wasn’t prohibited–and that the emails she written that contained classified information, which total to about 104, were retroactively classified. She cited former Secretary of State Colin Powell’s emails undergoing the same classification process. Moreover, she felt that the real issue is over-classification. Ramos asked again if she’d drop out if indicted.

“Oh for goodness, that’s not going to happen; I’m not even answering that question,” snapped Clinton, which drew loud applause from the audience.