Hillary Is A Bad Campaigner. So Why Is She Connecting With Black Voters–And Not Sanders? 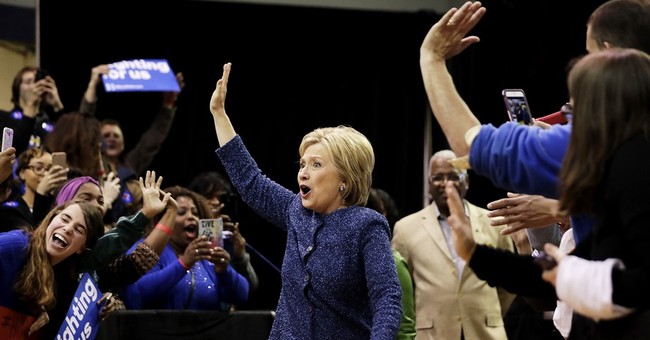 With less than an hour before the polls close in South Carolina, why is Hillary Clinton able to connect with black voters? She’s a notoriously bad campaigner, as we saw back in 2008. She is seen as untrustworthy, dishonest, and inauthentic. In many ways, you would think that voters would flee from her. In some areas, like young voters, they have drifted towards the Sanders camp. Surprisingly, blacks feel Clinton understands the issues facing them, like police brutality, and takes the time to hear them out on their concerns. As for Sen. Bernie Sanders (D-VT), they like him, but they just met him. The Atlantic’s David Graham ventured into South Carolina and shadowed both campaigns, where he found two very different campaigns when it comes to courting these key voters, who comprise the majority of the Democratic electorate in the state:

On Monday evening, Clinton was on the other side of the country in Hollywood, at a pair of glitzy fundraisers. But 75 or so people were backed into the Marian Wright Edelman Public Library in Bennettsville for a campaign event, where the mothers of Trayvon Martin, Sandra Bland, Dontre Hamilton, Jordan Davis, and Eric Garner were making the case for Clinton. A community room overflowed with people—standing room only, with people standing in the hall, craning their necks to get in, as the mothers took turns telling their wrenching tales of loss.

The stories, though by now familiar from media accounts and surveillance videos, were freshly horrifying, told in person by the victims’ mothers. Each woman related how her son had been killed, and then how Clinton had reached out to her. They told stories about phone calls, personal letters, and half-hour meetings that stretched on for hours.

“Hillary took it upon herself to listen to me when none of the leaders decided to lay in the street with us, march in the street with us, pour our hearts out and ask for help. Hillary heard my cry,” said Maria Hamilton, whose son Dontre was shot and killed by a Milwaukee police officer in 2014. “When Hillary called me in March, and her staffer told me I didn’t have to rally people in the street to shut her rally down, that she would talk to me, it changed my life.”

“We don’t need any more members in this club. The membership is too high for this club,” said Gwen Carr, whose son Eric Garner was choked to death by a New York City police officer in 2014. “She has proved to us, one by one, that we do matter in her campaign. We are endorsing her because she endorsed us.”

Yet, Graham also noted that Sanders speaks about racial injustice, mass incarceration, and unfair prosecutions on drug charges, but his massive rally Greenville was in front of a predominately white audience; the Edelman event was almost entirely African-American:

These attendees uniformly respected and appreciated Sanders. His problem in winning them is the same as his problem across the country: unfamiliarity. The more people get to know Sanders, the more they tend to like him—he has some of the highest favorable ratings in American politics—but many people still don’t know who he is. It’s a point Billy Murphy hammered home in Aiken.

This was a problem the Sanders camp knew was going to hit them as the primary shifted below the Mason-Dixon line. If Clinton does well with this voter bloc, and she’s expected to sweep the state, it could spell doom for Sanders on March 1. Luckily for him, the primary leaves Clinton’s “firewall” mid-March. At the same time, Clinton’s delegate count and momentum might be too great to overcome by that point.