Oh, Canada: Cost Of Liberal Party’s Proposals Projected To Soar Into The Billions 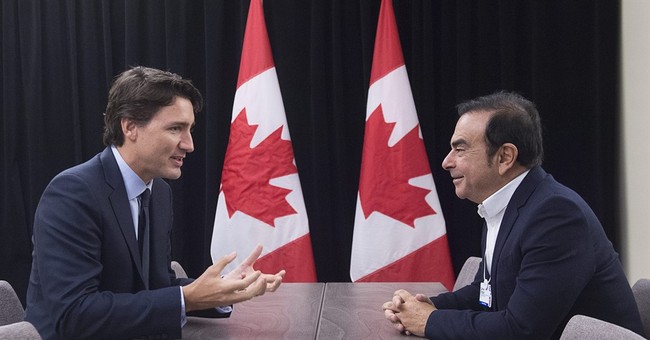 Liberal Canadian Prime Minister Justin Trudeau’s proposals for his four-year term are projected to send Canada into the red in the neighborhood of $90 billion. So, in essence, Canada’s liberals are going to spend everyone’s money in four year (via National Post):

In a report, the bank predicts the public books will sink deeper into the red due to the combination of a weakened economy and Liberal promises of billions in fiscal stimulus.

Report author Warren Lovely says if the bank’s downgraded growth profile comes to pass then Ottawa could lose $50 billion in revenue over the next four years.

The Liberals have pledged to run deficits in the coming years in order to spend $17.4 billion over its first mandate on infrastructure projects — which they predict will create jobs and generate economic growth.

The National Post added that Liberals have moved away from their promise to keep deficits under $10 billion, and their goal of having a balanced budget in their fourth year could be difficult, if not outright impossible, without tax increases and reductions in government spending.