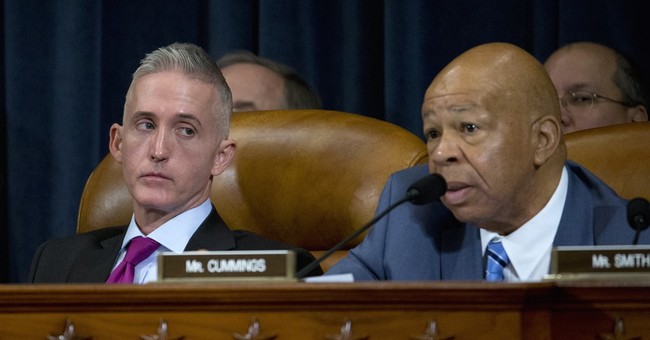 The House Democrats on the Select Committee On Benghazi have wasted $2 million obstructing the body’s investigation into the 2012 terrorist attack that left Ambassador Chris Stevens and three others dead. Thus far, the Democrats on the committee have not called one member of the Obama administration to testify, nor have they requested any documents from the administration for review. Now, after complaining about the committee’s cost, it’s been reported that these very Democrats have doled out tens of thousands of dollars in bonuses to staffers (via Fox News):

Democrats on the House committee probing the 2012 Benghazi terror attacks awarded tens of thousands of dollars in bonuses to their staff, while at the same time repeatedly attacking Republicans over the rising cost of the investigation.

While the bonuses make up only a fraction of the panel's total expenses to date, critics suggested they undermine the minority members' complaints about the budget.

Democrats complain the committee’s investigation, established in May 2014, has gone on longer than the 9/11 Commission's review of the 2001 terror attacks and have accused Republicans of using the committee as a political weapon to attack Democratic 2016 front-runner Hillary Clinton -- who was secretary of state at the time of the Benghazi attacks.

And they have been relentless in describing the investigation as a waste of money, even including a “Benghazi Spending Tracker” on their website. The total taxpayer tab is now at nearly $6 million.

Hypocrisy thy name is Democrat.