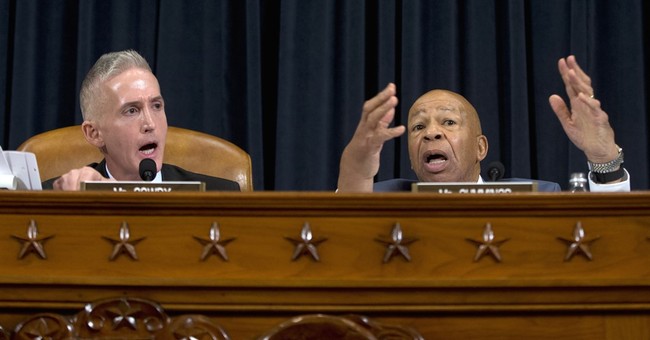 While the House Select Committee on Benghazi has taken some heat for being a political sideshow, House Majority Rep. Kevin McCarthy injected steroids into that point for Democrats when he insinuated that the committee’s existence and investigation were pulling down Hillary Clinton’s poll numbers last September. He was later criticized for those remarks by Rep. Trey Gowdy (R-SC), the chairman of the committee, and Rep. Jason Chaffetz (R-UT); Chaffetz called the statement “absolutely terrible.”

It prompted Democrats to try and dissolve the committee altogether, with Rep. Louise Slaughter (D-NY) proposing an amendment in the Rules Committee to eliminate the investigatory body. To no one’s surprise, it failed, along with her subsequent privileged resolution, by party-line votes, but laid the groundwork for the committee’s foes to discredit the committee. As a result, it should come to no one’s surprise that the Democrats on this committee have wasted $2 million of the taxpayers’ money in their campaign to further hinder and undermine this investigation.

“While Democrats on the Benghazi Committee have made a big show of pretending to care about the cost of this investigation, they’ve made zero meaningful contributions and spent virtually all of their time and effort on undermining and obstructing the committee’s work, directly contributing to its length and cost,” said Matt Wolking, the press secretary for the Select Committee on Benghazi, in a statement released today. “Their incessant politicization of legitimate congressional oversight is appalling and grotesque, and only proves that the process could have been completed much faster if Democrats had helped with the work instead of delay it.”

Democrats on the Benghazi Committee:

• Can’t name a single witness from the Obama administration they have requested to interview.

• Can’t name a single new document they have requested from the Obama administration.

• Launched an “asked and answered database” in September 2014, before the committee interviewed a single new witness and before it obtained roughly 55,000 new pages of documents.

• Issued more than 60 press releases (and counting) defending their endorsed candidate for president.

• Did not deny “strategic coordination with the campaign” of their endorsed candidate.

• Admitted they asked every witness the same questions about their endorsed candidate.

Are “doing her work for her,” according to CNN.

Last October, Chairman Gowdy also penned a rather brutal letter to ranking Democrat Rep. Elijah Cummings (D-MD) for behaving in a way that is not in the interests of the American people, "but to your Democrat colleagues and to the administration, including former Secretary Clinton. He also criticized Democrats for their "complete lack of interest in gathering any facts."

At the time, Cummings had alleged that Republicans were tweaking testimonies and engaged in leaking information, which Gowdy noted was “disingenuous” in the letter.