GOP Sens Warn: Gitmo Transfers May Be Placed in Prison “2 to 3 Minutes” from Elementary School 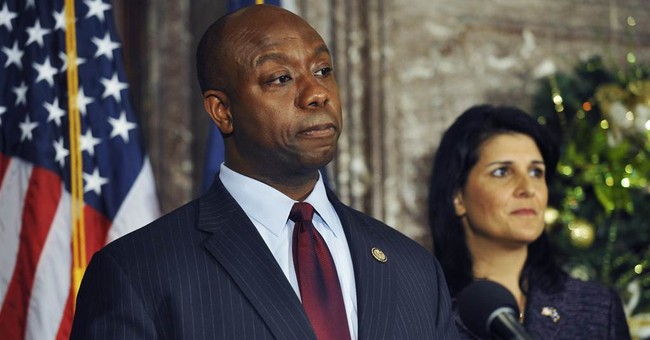 Sens. Tim Scott (R-SC), Cory Gardner (R-CO) and Pat Roberts (R-KS) are especially concerned with the news that the Obama administration plans to transfer over 50 Guantanamo Bay prisoners to the U.S., considering their respective states are expected to receive them. On a press conference call Monday morning, the senators explained that President Obama and Hillary Clinton seem more interested in fulfilling a "campaign promise" than protecting America's national security interests.

Roberts told the media that Americans should reject anyone who thinks the Gitmo transfer is a good idea. He excoriated Obama for circumventing Congress with his plan to close the prison by executive order.

"It will cause a security risk to our communities," he warned.

In South Carolina, Scott said the enemy combatants are expected to be transferred to a prison that is just "2 to 3 minutes" from an elementary school and a middle school, as well as more than a dozen churches. The plan is essentially to "bring the world's worst terrorists to a prison near you," he said.

Scott claimed that anyone who has visited the isolated Cuban prison would think twice about bringing the inmates to domestic soil. Over 250 assaults on guards have been reported, he said, with no act of retaliation.

In addition to the national security risks, Sen. Gardner insisted that the Gitmo transfer is in violation of the law. Using expenditures to assist in the transfer of detainees is prohibited, he explained. Yet, the government is sending scouts around the country to search for available prisons to house the prisoners. What's more, in Colorado, the administration is considering reopening a closed prison for the relocation effort. How much would that cost? Gardner wondered.

"I'm waiting for the president to provide a legal basis," he said.

Until they receive answers, the senators are placing holds on Obama's administrative nominees. Roberts has already halted the nomination of the Secretary of the Army and Scott said they are ready to target others.