No, Sen. Murphy, There Has Not Been One School Shooting A Week Since Sandy Hook 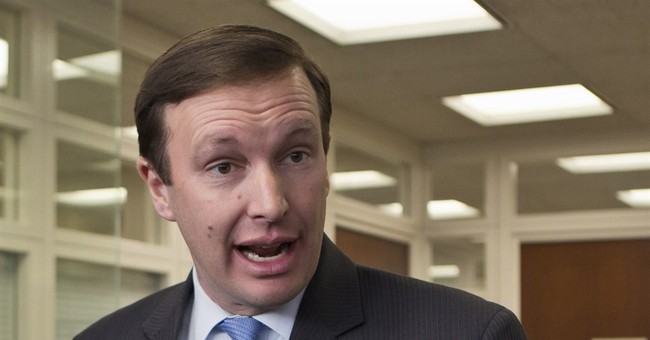 After the horrific church shooing in Charleston, South Carolina by Dylann Roof, anti-gun liberals somehow think this is a green light to start a dialogue about curbing sales on so-called assault weapons, despite reports saying that Roof used a .45 caliber handgun to commit his senseless act of violence that left nine people dead. Former Maryland Gov. Martin O’Malley has also called for a new assault weapons ban. We’re not going to litigate the failures of the assault weapons ban again; we all know it did next to nothing to curb gun-related homicides when the sale of such beautiful rifles was erroneously banned between 1994-2004. Heck, even the New York Times published an article admitting to that fact. Regardless, that still hasn’t stopped Sen. Chris Murphy (D-CT) from making ridiculous, and factually inaccurate remarks regarding school shootings in the United States to garner support for his failed narrative against the Second Amendment:

Since Sandy Hook there has been a school shooting, on average, every week. How on earth can we live with ourselves if we do nothing?”

Sen. Murphy said this on the Senate floor on June 24, but is it true? According to the Washington Post, this warrants four Pinocchios. Why? Well, because Murphy used shoddy information, and as a sitting U.S. Senator–it’s incumbent upon himself and his staff to not disseminate propaganda talking points from the anti-gun left. Yes, looking at you, Everytown.

This list comprises a variety of shootings at or near a school, including: attempted and committed suicides, accidental discharges, armed robberies, gang fights, shootings resulting from altercations, and shootings similar to the rampages at Sandy Hook or in Charleston, where a person intends to kill multiple people.

When Everytown first released its tally in 2014, media organizations gave it a lot of publicity — but then had second thoughts once it became clear it was such a broad list. CNN, for instance, initially reported the “74” figure but then determined that only 15 cases were similar to Newtown.

The Fact Checker analyzed each case included in the updated list. Of the 126 cases, 25 were attempted or committed suicides. The majority of the shootings on this list were targeted attacks against individuals stemming from altercations or ongoing conflicts.

There were at least 10 incidents that were similar to shooting in Newtown, with one shooter opening fire with the intent to kill or injure multiple victims. A separate incident in June 2015 involved a couple that shot and killed a cat on a school campus, but had told law enforcement officials they would have shot students if it were “God’s will.” We did not include that in the list of 10 incidents.

Ken Trump, president of National School Safety and Security Services, said he has not seen an authoritative data source or universal definition on “school shootings.”

“Federal and state statistics tend to grossly underestimate the extent of school crime and violence. Public perception tends to overstate it. Reality exists somewhere in between these two, but in terms of actual real numbers, nobody honestly knows exactly where this ‘somewhere’ is,” Trump said.

Chris Harris, Murphy’s spokesman, said it all comes down to how one defines “school shooting,” and that Murphy defines it as “gunfire on school property.”

There are many ways to define school shooting. But applying the “reasonable person” standard, as is the standard at The Fact Checker, it is difficult to see how many of the incidents included in Everytown’s list — such as suicide in a car parked on a campus or a student accidentally shooting himself when emptying his gun and putting it away in his car before school — would be considered a “school shooting” in the context of Sandy Hook.

Lawmakers have a responsibility to check out the facts in the reports they use, especially ones that come from advocacy groups. If they are aware there are definitions that are disputed, or that are defined in other ways depending on who uses them, it is incumbent on lawmakers to clarify exactly what they are talking about and not mislead the public.

If we can’t talk about #gunviolence policy following a shooting then we'll never talk about it, because guns kill 86 people every single day

The truth is that gun-related homicides between 1993-2011 are down 39 percent, according to the Bureau of Justice Statistics. If you peruse Pew Research’s numbers, which used roughly the same time frame, the figure shows a 49 percent decrease in gun-related homicides, including a 75 percent decline in the victimization rate for other crimes (assaults, robberies, and sex crimes) where a firearm had been used also dropped by 75 percent within the same period (1993-2011). This doesn’t bode well for a narrative based around the notion that America has a gun violence epidemic, and that America’s schools are becoming shooting galleries. In fact, the frequency of school shootings is at the same rate as that of the 1990s.

So, where’s the fire? Surely more can be done regarding gun safety to ensure children know what to do if they come across a firearm in a public setting. More can be done to ensure that the mentally ill cannot obtain firearms, though that’s a serious ongoing debate that involves doctor-patient and constitutional issues. But we’re not drowning in our own blood due to gun violence. In fact, overall violent crime has continued to decline.

If liberals want to venture down this rabbit hole that has led to political defeat time and again, then we should all welcome it. I don’t mind expanding pro-gun, Republican representation in every level of government, do you?