The Most Expensive Senate Race In History Comes To An End 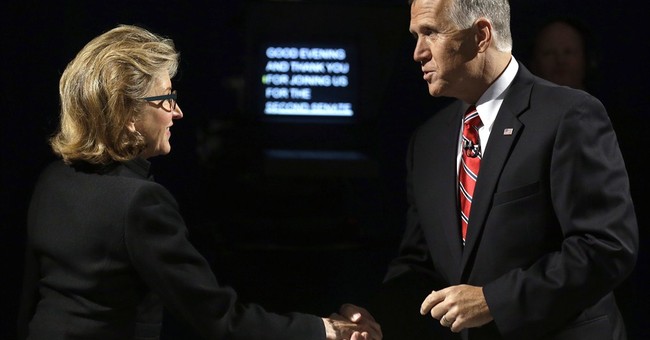 Before I start, we have some breaking news coming out of North Carolina relating to Sen. Kay Hagan’s family. The Department of Environment and Natural Resources’ said the staff review of Chip’s company–JDC Manufacturing–is authentic. Chip is the husband of Sen. Hagan and DENR called for a legal review of the stimulus grant he received, according to the Carolina Journal:

Drew Elliott, communications director for the N.C. Department of Environment and Natural Resources, has confirmed to Carolina Journal that a staff review of potential "self-dealing" with a stimulus grant awarded to a company owned by Democratic U.S. Sen. Kay Hagan's husband and other family members that was reported on Saturday is authentic.
Elliott also sent a copy of the memo by email after CJ inquired about its authenticity. (See PDF attachment here.)

The staff review documents a series of concerns DENR has about potential illegal self-dealing and other conflicts of interest in the handling of the $250,644 stimulus grant to JDC Manufacturing, a real estate management company owned by Sen. Hagan's husband Charles "Chip" Hagan and his brothers John and David.

The review noted that JDC appears to have hired Plastic Revolutions and SolarDyne/Green State Power — companies owned by other members of the Hagan family — to handle management of the grant or received payments for doing work on the energy upgrades funded by the grant. Those upgrades took place at the Reidsville facility JDC owns and leases to Plastic Revolutions.

The review suggested that "further legal action" may be "warranted" if the conflicts occurred.

This development comes as both sides rally their bases as early voting comes to a close. Democrats are doing well when you take a look at the early numbers. In all, more people have voted early in 10 states than in 2010, according to the Associated Press, but on a state-by-state basis; it’s hardly worth noting. Nate Cohn over at the New York Times write that even with an increase in Democratic early voting in North Carolina, it’s not enough to counter the projected Republican turnout tomorrow.

Moreover, Democrats dominated early voting in 2012 and still ended up losing the state to Mitt Romney.

Nevertheless, it’s given some liberal news sites, like Mother Jones, material to take Voter ID law swipes at Republicans, saying that they failed to suppress the black vote.

“Republicans Tried to Suppress the Black Vote In North Carolina. It’s Not Working,” read the headline. Of course, it’s not working. There is no plot to suppress anyone’s vote; it’s just a disingenuous liberal myth to energize their base so stay classy on that one, lefties.

Back to reality, Tillis and Hagan are cruising across the state, trying to get their voters to the polls. Hagan’s campaign went to Cornelius, North Carolina, near Thom Tillis’ headquarters, and held a canvassing event. She also made one last pit stop in Fayetteville.

Tillis has been busy shoring up his votes near Salisbury, visiting the area twice in a week. He made one of his last stops to push his candidacy in Lincoln County–and enjoyed a chicken stew dinner with supporters in Davie County. There, he invoked Reagan’s optimism for the future and was unabashedly supportive of his record in the state legislature; a record Hagan has used against him on the campaign trail.

Lastly, both sides have brought in prominent members of their party including, Hillary Clinton, Bill Clinton, Mitt Romney, Gov. Rick Perry, Rep. Paul Ryan, and Sen. Mike Lee to stump for them.

As Ky noted, this is the most expensive senate race in history–and it’s coming to an end with polls suggesting it’s going to be a very tight race.

Fox News’ poll had Hagan leading Tillis by 1 point 43/42 out of a sample of 909 likely North Carolina voters.

CNN’s poll of 559 likely voters had Hagan leading by 2 point 48/46. Again, to get the most accurate results, the sample size should be at least 600, but Hagan’s lead still falls within the margin of error.

The Republican-leaning Harper Polling had Tillis leading Hagan by 2 points 46/44. Tillis’ lead also fell within the margin of victory-and the sample size was under 600 (511 likely voters were polled).

As voters head to the polls on Election Day, Americans for Prosperity’s North Carolina chapter did this video asking North Carolina voters what she’s done for them; they couldn’t name one thing.

In an ironic twist, the Democratic Senatorial Campaign Committee slammed Tillis for “rewarding corruption” in their final argument in this campaign. It stems from Tillis aides engaging in unethical behavior while in the state legislature.

Are Democrats aware of the stimulus mess Hagan’s family reportedly has found themselves in recently?