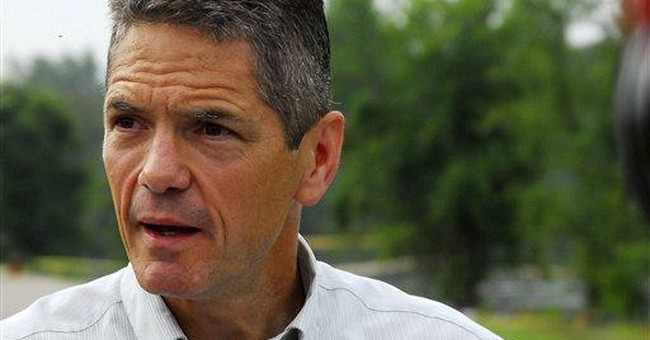 Today, Gov. Rick Snyder is at Gentex Corporation Headquarters in Zeeland to announce a new jobs initiative called Talent 2025. The event comes right after news broke that Michigan’s unemployment rate fell to 7.4 percent, the lowest level since 2008. Nevertheless, Michigan’s unemployment rate is still higher than the national average of 6.1 percent.

Also, First Lady Sue Snyder said she will help her husband in his re-election bid, but doesn’t like campaigning all that much. Nevertheless, with the last of her children off to college, she can be a more active First Lady, according to MLive [emphasis mine]:

She said she’d love to star in a commercial, but the campaign hasn’t asked her to yet.

She’s flown under the radar as First Lady up until a few months ago, choosing family life over the limelight. But now that the couple’s youngest child is off to college, Snyder has taken a more active role as First Lady.

She has taken on a number of causes recently, and appeared at Sparrow Hospital Thursday to talk about safe sleep. She’s also advocated for vaccinating children, gotten involved in a foster care organization and served as a spokesperson for Ele’s Place, a center for grieving children.

“Most of my issues, besides breast cancer, have a lot to do with families and kids. And I just think it’s so important that I can use my voice, my position as First Lady to raise awareness to these things, and they all so important,” Snyder said.

On some level, she’s lived and breathed issues in the state for the past four years. The governor brings his work home with him “every night,” Snyder said. She has disagreed with some of Governor Snyder’s decisions, but only until he’s fully explained them to her.

“I wish that these people could be there to understand what he tells me. Why can’t he just stand up and say ‘people this is the way it is and this is why it happened’? And I’m constantly telling him that,” she said.

One of those issues he may have to explain to conservatives regarding his decision to expand Medicaid in the state. Last week, Gov. Snyder reiterated his support for this policy initiative, saying it has helped low-income Michigan residents.

His Democratic opponent, former Congressman Mark Schauer, agreed with Gov. Snyder’s decision to expand Medicaid, but said, “it took him a long time to get it done.”

In an ad from the Democratic Governors Association, Schauer hit Snyder saying he “gave $1.8 billion in tax breaks to businesses -- even if they send jobs overseas.” That benefits the wealthy in Michigan, according to Schauer. And he noted how in Congress he supported “Buy American” laws to curb outsourcing.

A fact check noted Schauer’s claim about Snyder’s tax breaks benefiting only the wealthy wasn’t entirely accurate. Also, the claim about tax breaks for businesses even those who ship jobs overseas is “mostly true, but misleading” (via Detroit Free Press):

Claim: "Gov. Snyder gave $1.8 billion in tax breaks to businesses -- even if they send jobs overseas."

In 2011, the Republican-controlled Legislature passed, and Snyder signed, what amounted to a $1.8-billion tax cut when fully implemented by eliminating the Michigan Business Tax and replacing it with a 6% corporate tax only paid by "C" corporations, which have shareholders.

A "tax break" generally connotes a deduction or loophole allowing certain taxpayers to avoid taxes that would otherwise be owed. Elimination of the MBT was an across-the-board elimination of a tax and in that sense not a tax break. Also, the 6% corporate tax that replaced the MBT was designed as a much cleaner tax that did away with the myriad credits and other "tax breaks" that characterized the widely loathed MBT.

It's true the MBT was eliminated for all businesses, whether they move jobs overseas or not. But it's worth noting the only companies that have opted to continue paying the MBT are those who received significant MBT tax credits under the former administration of Gov. Jennifer Granholm, a Democrat, and want to be able to use them.

Claim: "That helps the wealthy, but not the rest of Michigan."

The race is a statistical dead heat.