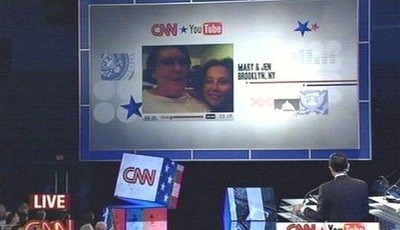 Now that the YouTube debate appears to be back on, the question is: Will Mitt Romney continue to hold out?

My guess is he will get in. Here's why:

When two or three top candidates skip an event (such as Iowa), the result is the event is diminished. This is the reason that McCain was so quick to get out the same day Rudy announced he wouldn't participate in the Straw Poll. But when only one frontrunner skips a venue, I think the result is that the candidate is diminished.

What is more, as the only frontrunner to compete in the Iowa Straw Poll, Romney has earned a certain moral high ground (in the sense that he appears to be willing to take on anybody, anytime). Skipping this debate would seem to undermine that image.

So my bet is he gives in and participates in this thing.