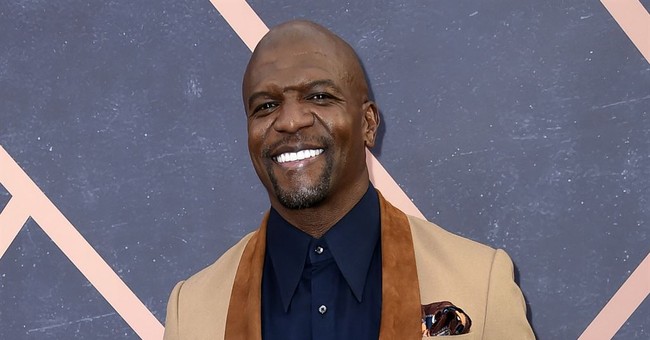 Terry Crews is taking heat from the social media mob for the second time this month. The actor, comedian, and former professional football player tweeted a sentiment in which he called for unity and warned against letting the Black Lives Matter movement turn into another form of supremacy.

If you are a child of God, you are my brother and sister. I have family of every race, creed and ideology.

We must ensure #blacklivesmatter doesn’t morph into #blacklivesbetter

The tweet put him at the top of Twitter news and started #blacklivesbetter trending on the social media site.

Although Crews’s tweet received more than 90,000 likes, the blowback came hard and fast. One user called the tweet “unintellectual and irresponsible” and accused Crews of “developing into an enemy of the people.”

This is unintellectual and irresponsible. You are developing into an enemy of the people. Ignorance will be your downfall.

Another labeled Crews “worthless” to the black community and accused him of being sold out to white people.

You truly are worthless to us. White people can have you, especially since you love doing their work for them

But others have stood by Crews thanking him for his "message of unity" and noting that "Equality means equal, not better than."

thank you Terry for this message of unity at time when the left is trying to create racial division #BlackLivesMatter does not represent blacks. It is a Marxist organization funded by leftist white billionaires. All the $millions they have raised are going to rich white liberals

I was wondering why Terry Crews was being “canceled” in comments on Twitter, only to find out it was over a message about equality. Equality means equal, not better than. It’s why I was so against “believe all women” because it unfairly makes a woman’s word worth more than a man.

Crews, a devout Christian, is no stranger to controversy. Earlier in June, he tweeted, "Defeating White supremacy without White people creates Black supremacy. Equality is the truth." And in March 2019, he came under fire for tweeting that children of same-sex parents would be "severely malnourished" when it comes to love, which he later deleted and said was "poorly worded."

Only in 2020 would a message about viewing both black and white people as humans made in the image of God be deemed divisive.