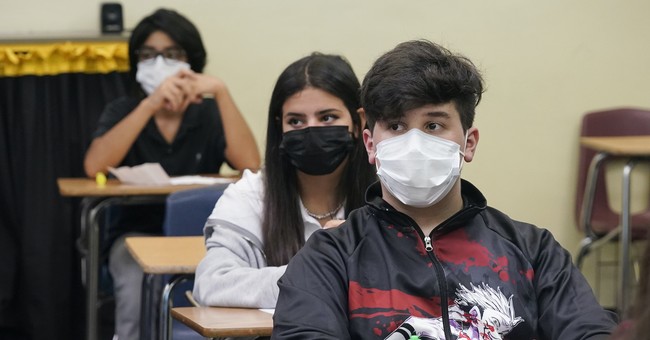 Teachers in Fairfax County, Virginia are required to complete a training program that says parental consent is not required for students who want to socially transition, such as going by a different name and pronouns by their teachers at school.

The training program, “Supporting Gender Expansive and Transgender Youth,” was assigned on July 22 for teachers in all grade levels at Fairfax County Public Schools, including preschool, according to the Washington Examiner.

For students who wish to go by a “chosen name,” they have several options in doing so, none of which require parental permission.

The first option requires a teacher to address a student by a name of their choice. The student can pick and choose which classes and teachers use their chosen name.

The second option allows students to change their name on online school platforms, which teachers are required to keep updated to “ensure that class lists use chosen name.”

The third option allows students to change their name on all their records, without requiring a legal name change, the Examiner noted:

If a student chooses this option, their "legal name will be stored in the protected information view" in the district's database. Choosing this option does not require a legal name change or parental permission and ensures that a student "will receive diplomas and transcripts with both the legal and chosen name."

"By removing parental notification from this process, FCPS is essentially encouraging students to lead a double life at school," Nicole Neily, president of the parent activist organization Parents Defending Education, told the Examiner in their report. "For a district that spends so much money on students' emotional well-being, it's hard to see how undermining the relationship between a child and his or her family will be beneficial in the long-run."

"Parent rights are being obstructed left and right by the school system, and they're using loopholes and laws to try and get around it," Tisler said on "America Reports."

In April, I reported for Townhall how parents in Massachusetts alleged that their school district was carrying out secret gender transitions for their children. Allegedly, a teacher in the district was placed on leave for forwarding an email from a student saying she was “queergender” to her parents.

Another set of parents claimed that they “are deliberately hindered from ascertaining whether their children are being secretly counseled about and affirmed in discordant gender identities without their knowledge or consent” at school.

The Biden administration has promoted gender transitioning among youth and released guidance about it on “Transgender Day of Visibility” this year. In the guidance, the Biden administration claimed that “gender-affirming” care for minors is not malpractice and that it can be reversible. However, “gender-affirming” care includes puberty blockers, hormone therapy and sex reassignment surgery.

Chloe Cole, an ex-trans teen, said in a hearing in Florida recently that she decided she was transgender at age 12 and medically transitioned during ages 13 to 17, taking puberty blockers and testosterone. She underwent a double mastectomy at 15.

“I really didn’t understand all of the ramifications of any of the medical decisions that I was making,” Cole said during the hearing. “I was unknowingly physically cutting off my true self from my body, irreversibly and painfully.”

“I don’t know if I’ll be able to fully carry a child and I might be at increased risk for certain cancers, namely, cervical cancer,” Cole said. “I’m not able to breastfeed whatever future children I have.”

“That realization actually was one of the biggest things that led to me realizing that this was not the path I should have taken.”