Florida AG: DeSantis ‘Had No Choice’ but to Suspend State Attorney Andrew Warren 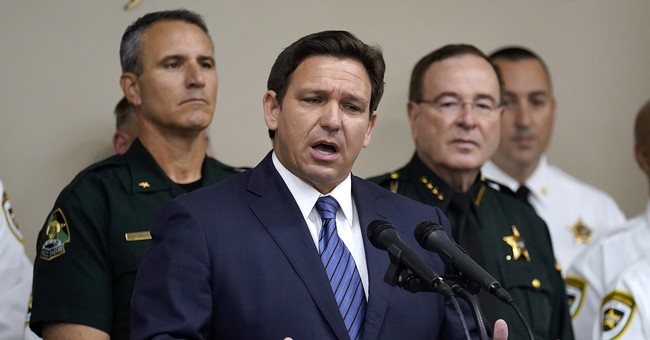 Florida Attorney General Ashley Moody (R) appeared in an interview on Friday where she hit back at State Attorney Andrew Warren, who was recently removed, for not enforcing state laws.

As Leah covered, DeSantis announced Thursday he has suspended the Soros-backed Hillsborough County State Attorney Warren, effective immediately, for refusing to enforce a slew of laws. One example is that Warren signed a letter stating that he would not enforce any pro-life laws in the aftermath of the Supreme Court’s ruling overturning Roe v. Wade.

“He’s no longer the state attorney in that jurisdiction,” Moody said in the interview with “Fox & Friends.”

“Gov, Ron DeSantis is the chief executive of Florida. He has a duty to make sure the laws are faithfully enforced throughout the state. And he felt, based on prior statements, that he [Warren] wouldn't enforce the law, prior actions that law enforcement said they couldn't get their cases resolved effectively for the safety of the community,” she explained.

Following Warren’s removal, he tweeted that the situation was a “political stunt” and called it “an illegal overreach that continues a dangerous pattern by Ron DeSantis of using his office to further his own political ambition.”

Today’s political stunt is an illegal overreach that continues a dangerous pattern by Ron DeSantis of using his office to further his own political ambition. It spits in the face of the voters of Hillsborough County who have twice elected me to serve *them*, not Ron DeSantis... pic.twitter.com/RzPXksSSWa

“Look, when you have prosecutors like this that have agendas that are put in front of the safety of the community and helping law enforcement, that’s a problem,” Moody said. “Ron DeSantis, as the chief executive, had no choice.”

You cannot have prosecutors who declare they are not going to enforce the law—that is what is happening in New York and Chicago.

What’s great about Florida is that we have a governor who takes bold action to ensure this will not happen in our state.

“Look at what’s happening around the nation. When you have these prosecutors that come in with an agenda that puts victims in the back seat that leaves law enforcement at the mercy of these radical agendas, crime rates spike. That was true in Tampa. The murder rate I think is 50 percent higher than the state and national average. Gov. Ron DeSantis did what was best for the state and its citizens as he’s required to do,” Moody concluded.