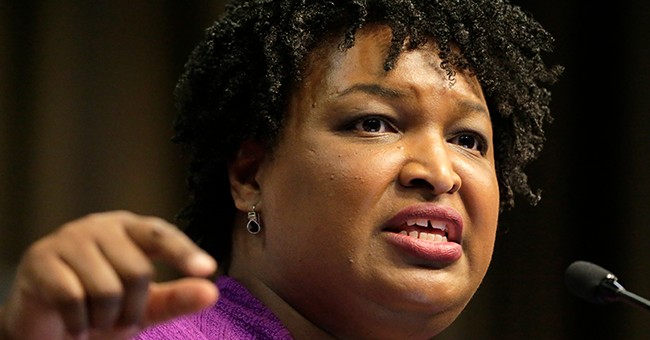 Georgia gubernatorial candidate Stacey Abrams said in an interview this week that her Christian faith guides her pro-abortion stance.

Abrams made the remarks on Sunday in a sit-down interview with Yahoo News.

“With the reversal of Roe v. Wade, millions of women across the country lost reproductive rights,” Yahoo News reporter Marquise Francis said to Abrams. “I know you have been a staunch advocate for reproductive rights. I also know your faith and you’re very vocal about Christianity. So what would you say to people who kind of have a hard time being pro-abortion but also Christian?”

The topic of miscarriages and ectopic pregnancies has been brought up by pro-abortion advocates in the fallout of Roe v. Wade. Spencer covered last month how Planned Parenthood recently deleted and changed language on its website that stated “treating an ectopic pregnancy isn’t the same thing as getting an abortion” because “abortion is a medical procedure that when done safely, ends a pregnancy that’s in your uterus. Ectopic pregnancies are unsafely outside of your uterus (usually in the fallopian tubes), and are removed with a medicine called methotrexate or through a laparoscopic surgical procedure."

In Abrams interview with Yahoo News, she added that as a Christian, she cannot impose a pro-life value system on others because she believes in free will.

“While your faith tradition may tell you that you personally do not want to make that choice, it is not my right as a Christian to impose that value system on someone else, because the value that should overhand everything is the right to make our own decisions, the free will that the God I believe in gave us,” she added.

Democrat Stacey Abrams claims abortion until birth is right because of "the free will that the God I believe in gave us." pic.twitter.com/fNY29cC1Z4

At another point in the interview, Francis asked Abrams if she would accept any restrictions on abortion.

“We understand that this is a medical decision, and so, arbitrary political parameters make no sense,” she responded.

"Would you accept any restrictions [on abortion]?"

Abrams, as other outlets have noted, used to be pro-life but became pro-abortion in college. She wrote on Twitter this week that she will make abortion “safe and legal” if she becomes Governor.

As the next governor, I will make it safe and legal to have abortions in Georgia.

According to The New York Times, Chief Judge William H. Pryor Jr., who was appointed by George W. Bush, wrote that the Supreme Court’s overturn of Roe v. Wade last month paved the way for the law to take effect.

In the ruling, Pryor wrote that the Supreme Court’s ruling “makes clear that no right to abortion exists under the Constitution, so Georgia may prohibit them.”

“The abortionists argued that the prohibition of pre-viability but post-fetal heartbeat abortions was unconstitutional under the Fourteenth Amendment as interpreted in Roe v. Wade and Planned Parenthood of Southeastern Pennsylvania v. Casey,” the ruling stated, adding that “but Dobbs forecloses that argument because it makes clear that abortion is not constitutionally protected.”