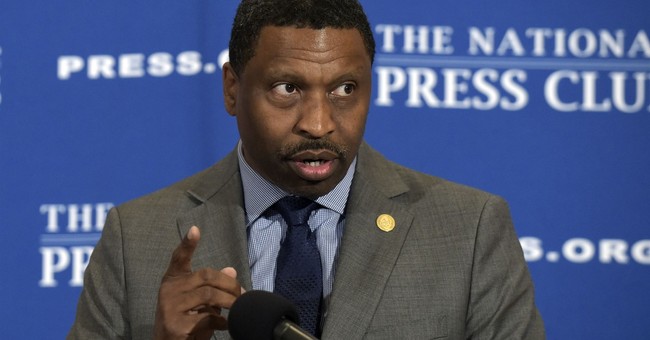 On Thursday, the NAACP called on athletes in the NBA, WNBA, NFL, NHL, and MLB urging them to consider not signing with teams in Texas to protest against the state’s stances on abortion, voting rights, and Wuhan coronavirus mandates.

In a two-page letter obtained by ABC News, the NAACP called the state “a blueprint by legislators to violate constitutional rights for all, especially women, children, and marginalized communities.” Two of the signers were National President Derrick Johnson and Texas State Conference President Gary Bledsoe.

"Over the past few months, legislators in Texas have passed archaic policies, disguised as laws, that directly violate privacy rights and a woman's freedom to choose, restrict access to free and fair elections for Black and Brown voters, and increase the risk of contracting coronavirus," the letter reads.

In September, a new law, S.B. 8 took effect, which outlaws abortion in the state after fetal heartbeat detection. This occurs at around six weeks gestation, before many women know that they are pregnant. Also this year, Gov. Greg Abbott took strong stances against mandates surrounding the coronavirus, specifically, vaccine mandates. As we covered, Abbott signed an Executive Order this month banning vaccine mandates.

The organization then urges athletes to "seek employment with sports teams located in states that will protect, honor and serve your families with integrity” and concludes that “[u]ntil the legislation is overturned, Texas isn't safe for anyone."