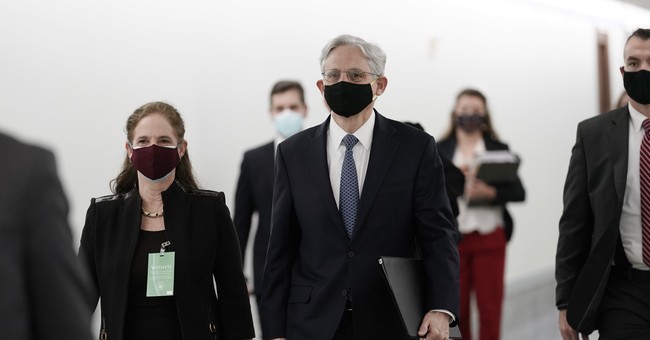 The Department of Justice (DOJ) filed a motion on Tuesday asking a federal district court judge to halt S.B. 8, the “heartbeat” law in Texas, from taking effect.

In its motion, the DOJ argued that Texas “devised an unprecedented scheme” to get S.B. 8 enacted and take away abortion access from women in Texas. It asks for a temporary restraining order or a preliminary injunction to bar the law from taking effect.

“When other States have enacted laws abridging reproductive rights to the extent that S.B. 8 does, courts have enjoined enforcement of the laws before they could take effect. In an effort to avoid that result, Texas devised an unprecedented scheme that seeks to deny women and providers the ability to challenge S.B. 8 in federal court. This attempt to shield a plainly unconstitutional law from review cannot stand. The United States seeks a temporary restraining order or a preliminary injunction enjoining the enforcement of S.B. 8. This relief is necessary to protect the constitutional rights of women in Texas and the sovereign interest of the United States in ensuring that its States respect the terms of the national compact. It is also necessary to protect federal agencies employees, and contractors whose lawful actions S.B. 8 purports to prohibit.”

This motion follows suit with other pushbacks by the DOJ on S.B. 8 recently. Last week, Attorney General Merrick Garland announced that the DOJ will file a federal lawsuit Texas over its abortion legislation, days after he issued a statement claiming the Justice Department was “urgently explor[ing] all options to challenge Texas SB8 in order to protect the constitutional rights of women and other persons[.]”

S.B. 8 was signed into law by Texas Gov. Greg Abbott in May and took effect on Sept. 1. The law only allows exceptions for an abortion after fetal cardiac activity in the case of medical emergencies. Additionally, the law allows citizens to pursue legal action against individuals who provide an illegal abortion or abet a women seeking an illegal abortion. Individuals who successfully bring lawsuits under S.B. 8 can be rewarded $10,000.

“Stepping back, the clear intent of S.B. 8’s provisions is to deprive women of their constitutional rights while simultaneously preventing any court from enjoining the statute’s enforcement. The law uses the threat of civil liability to cut off the supply of post-six-weeks abortions in the State," the motion reads. “Normally, a statute that so successfully stripped a state’s citizens of their constitutional rights would fall victim to a slew of pre-enforcement challenges. But Texas has sought to save S.B. 8 from that fate by washing its hands of responsibility for enforcing the law.”