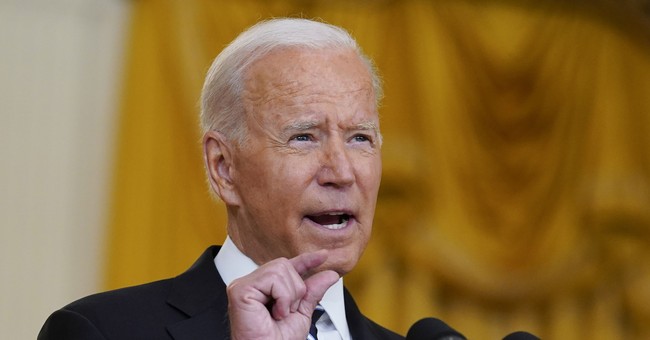 President Joe Biden issued a lengthy statement in response to the Supreme Court of the United States’ decision to allow S.B. 8, a historic “heartbeat bill” signed into law in Texas, to take effect. Predictably, Biden thinks the Court ruling is unconstitutional, and will launch a “whole-of-government” effort to respond to the decision.

By a 5-4 vote, the High Court allowed abortion to be outlawed in the state of Texas once fetal heartbeat is detected. Additionally, the new law allows citizens to pursue legal action against individuals who provide or assist with obtaining an illegal abortion procedure.

“The Supreme Court’s ruling overnight is an unprecedented assault on a woman’s constitutional rights under Roe v. Wade, which has been the law of the land for almost fifty years,” Biden’s statement reads. “Rather than use its supreme authority to ensure justice could be fairly sought, the highest Court of our land will allow millions of women in Texas in need of critical reproductive care to suffer while courts sift through procedural complexities.”

Biden, a longtime pro-abortion proponent, described the decision “unleashes unconstitutional chaos” and stated he plans to utilize his self-created White House Gender Policy Council to explore his options at the federal level to ensure that women in Texas have access to abortion, as protected by Roe v. Wade.

“One reason I became the first president in history to create a Gender Policy Council was to be prepared to react to such assaults on women’s rights,” the statement reads. “Hence, I am directing that Council and the Office of the White House Counsel to launch a whole-of-government effort to respond to this decision, looking specifically to the Department of Health and Human Services and the Department of Justice to see what steps the Federal Government can take to ensure that women in Texas have access to safe and legal abortions as protected by Roe, and what legal tools we have to insulate women and providers from the impact of Texas’ bizarre scheme of outsourced enforcement to private parties.”

Biden’s pledge to take action against this pro-life legislation further exemplifies his unwavering pro-abortion support. From removing the longstanding Hyde Amendment from the 2022 budget to taking aim at Texas’ new law, this is just another example of hypocrisy from our “devout Catholic” president.