One Country Just Reported Its First Ever Case of Covid-19 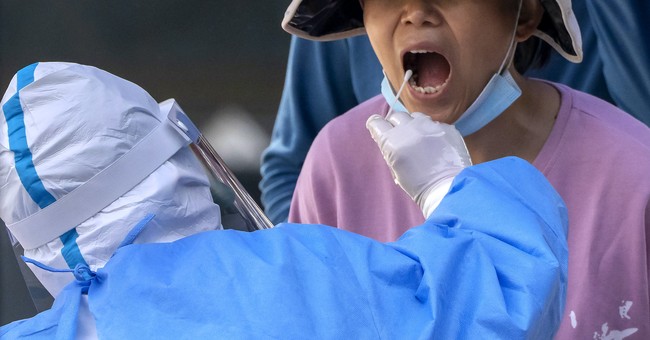 Is there really any country left that has not had a case of Covid-19, when even an Antarctic outpost wasn’t safe? There are only two left now since North Korea is reporting its first ever case.

According to state-run media reporting on the outbreak of fever, KCNA said, “up to 187,800 people are being isolated and treated.”

“A fever whose cause couldn’t be identified explosively spread nationwide from late April,” the report said, according to the Daily Mail. Six people died, including one individual who tested positive for Covid-19.

North Korea on Thursday confirmed its first-ever case of Covid-19, with state media calling it a 'severe national emergency incident' after more than two years of keeping the pandemic at bay.

KCNA said samples taken from patients sick with fever in Pyongyang on Sunday were 'consistent with' the virus' highly transmissible Omicron variant.

The country's top officials, including leader Kim Jong Un, held a crisis politburo meeting to discuss the outbreak and announced they would implement a 'maximum emergency' virus control system.

KCNA said Kim told the meeting that 'the goal was to eliminate the root within the shortest period of time.'

'He assured us that because of the people's high political awareness ... we will surely overcome the emergency and win the emergency quarantine project,' it said.

Kim called for tighter border controls and lockdown measures, telling citizens 'to completely block the spread of the malicious virus by thoroughly blocking their areas in all cities and counties across the country,' KCNA said. (Daily Mail)

Of course, it's impossible to say whether this is truly the country's first case of Covid-19 given the Hermit Kingdom is one of the most secretive countries in the world, but North Korea has taken a hardline approach to Covid-19, taking steps since 2020 to isolate itself even more than normal over pandemic concerns.

Analysts have predicted the country’s health system would collapse from a major outbreak.