'This Is Evil': Canadian Government Announces What They Can Do to Protesters' Pets 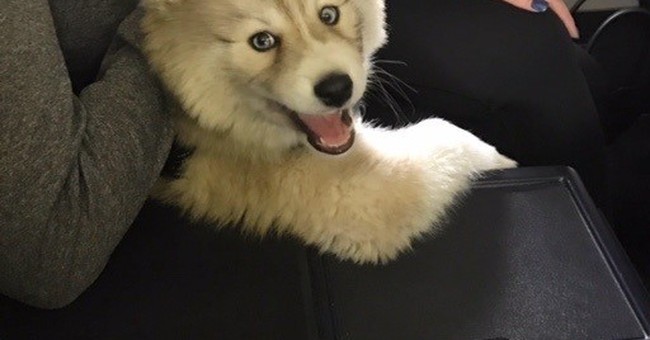 After announcing the drastic measures that will be taken against Freedom Convoy protesters, the Canadian government said Thursday that the demonstrators’ animals may be confiscated as well.

“Attention animal owners at demonstration: If you are unable to care for your animal as a result of enforcement actions, your animal will [be] placed into protective care for 8 days, at your cost,” the Ottawa By-law account tweeted. “After 8 days, if arrangements are not made, your animal will be considered relinquished.”

If a protester were arrested under Prime Minister Justin Trudeau’s Emergencies Act, for example, and detained for more than eight days, the person’s animal would be taken. The same could be said for an individual who had their bank accounts frozen thanks to the government’s heavy-handed crackdown, and could not care for their animal.

What happens after the animal is “considered relinquished” is uncertain.

This is an unusual form of cruelty. How will your relationship with your community survive this, really? You know these are working class people. How do you ever expect them to trust you again? Have you thought that far ahead? Does it even matter to you?

Why is the “international community” not condemning this violation of human and animal rights?

What would happen if a Latin American government does this to its political opposition? https://t.co/zrh2fgej2g

“We are taking away your puppies” is a great way to show you no longer worry about the optics of this crackdown. https://t.co/gvTIymOTIU

The banality of evil. https://t.co/GbjvMy5Z12

A government that will kill your dog for simply disobeying their orders on a public demonstration, will eventually have no issue killing you for the same.

Trudeau is a fool and a tyrant. https://t.co/PMQ40T9PHs