How Can Republicans Emulate Youngkin's Recipe for Success? One CNN Analyst Explains. 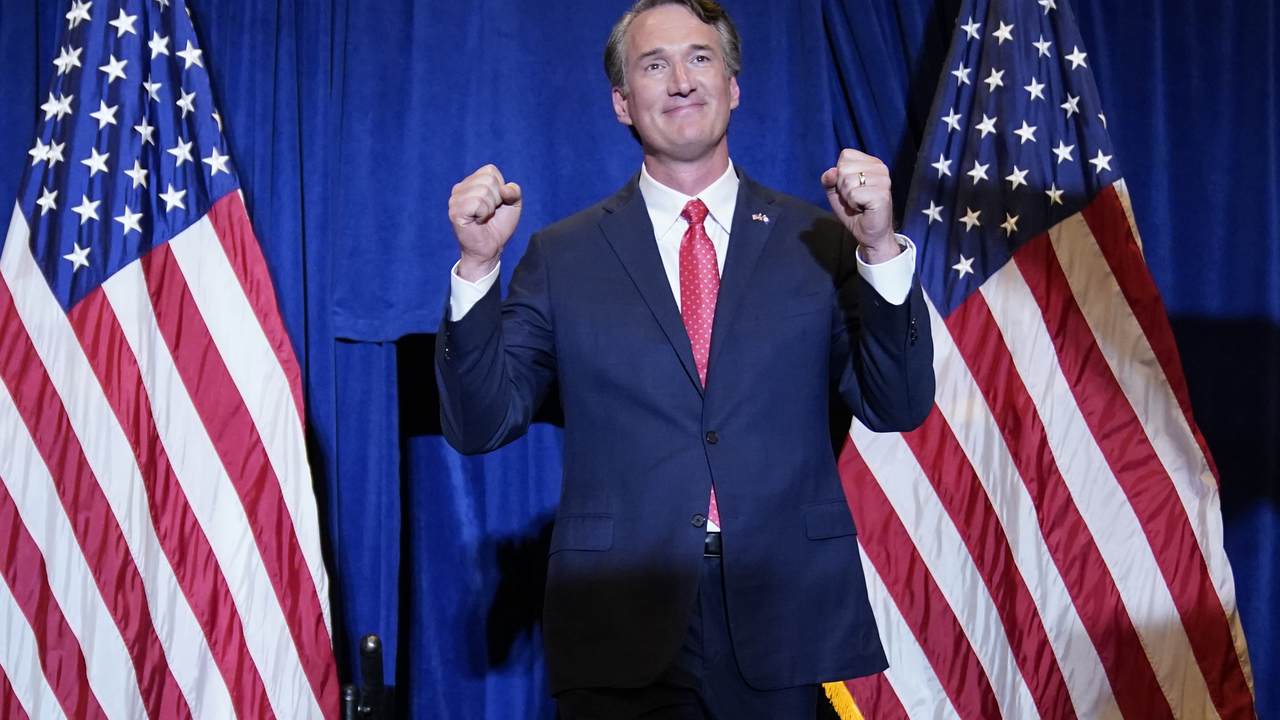 Republican Glenn Youngkin was a big wake-up call for Democrats, as were the close results in New Jersey's gubernatorial race between Gov. Phil Murphy and Republican Jack Ciattarelli. Certainly, Virginia Democratic candidate Terry McAuliffe didn't do himself any favors on the campaign trail, particularly making clear he doesn't believe parents should have a say in what their children are learning in schools when education was a top issue for Virginia voters. But Youngkin's campaign was smart, focused, and managed the Trump card perfectly. It was a winning formula other Republicans can emulate in the midterm election, argues CNN political analyst Scott Jennings.

"In algebra, we're often trying to solve for 'x,' and in Republican politics, we're often trying to solve for 'T,' for Trump, and Younkin figured it out," Jennings said. "He kept Trump out of the race, basically, he didn't campaign there. He didn't wake up every day talking about it. He didn't feel the need to respond to every, you know, grievance or whatever. He kept focused on the issues and heretofore, some Republican candidates would have said, 'Well, then you're running the risk of the MAGA voters not turning out.'"

That didn't turn out to be the case, of course.

"Look at the map, the rural counties not only came out, they came out huge," Jennings continued. "So, it turns out that Glenn Younkin has solved for this problem in that you can run a race based on issues, continue to attract the Trump base, get a path back in the suburbs, and take advantage, frankly, of the just enormous collapse, continued collapse of the Democratic Party in rural areas. That's how we win. That's how we're going to be successful. When you can put the suburbs back together with rural areas the way we used to do."

And like Vice President Kamala Harris said—that "what happens in Virginia will in large part determine what happens in 2022, 2024, and on"—Jennings agreed.

Jennings also highlighted that the Republicans have overcome their "diversity" issue.

"And by the way, look at the ticket, people who look like America, the African-American woman we just elected to Lieutenant Governor, the Hispanic that we just elected to Attorney General, Republicans have solved this coalition issue in Virginia, suburbs, rural, female, male, white, black, Hispanic, that's how we win," he said. "And so, if you follow the Younkin blueprint, talk about issues, put together the ticket that looks and sounds like America, you can do it."

Republican Scott Jennings breaks down how the GOP can use the Youngkin model to win across the country. pic.twitter.com/GxfVQmASKL

Leah Barkoukis
De Blasio Once Again Forms Exploratory Committee. Here's What He Wants to Run For Now.
Leah Barkoukis
Here’s How the Gun Shop Owner Who Sold the Rifle to the Buffalo Shooter Feels About the Incident
Matt Vespa
Finally the White House Gets Serious About the Baby Formula Crisis
Katie Pavlich
CARTOONS | Steve Kelley
View Cartoon
Most Popular