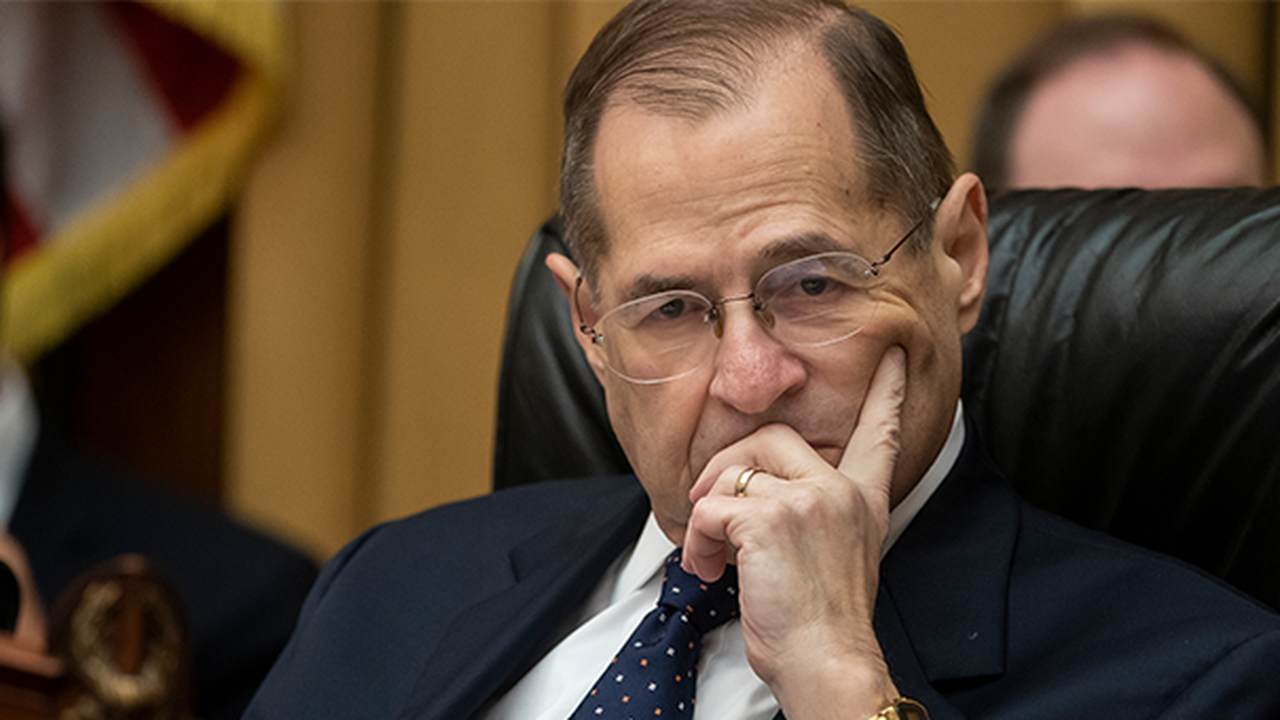 Nadler objected, saying Republicans needed to provide a 48-hour notice, but Jordan said that rule does not exist.

Jordan had wanted to play the following video questioning whether parents are really domestic terrorists for expressing concerns at school board meetings.

This is the video of parents at school board meetings that @RepJerryNadler refused to let us play at today’s Judiciary Committee hearing.

Why does the Left feel so threatened by brave American parents? pic.twitter.com/GvJlkWoJa2

Earlier this month, Garland said in a memo that there's been a "disturbing spike in harassment, intimidation, and threats of violence against school administrators, board members, teachers, and staff who participate in the vital work of running our nation's public schools.”

He directed the FBI to work with U.S. attorneys and authorities at the federal, state, and local level to develop strategies to tackle the problem.

The memo came days after the National School Boards Association asked the Biden administration to use a variety of tools, including the PATRIOT Act, to address the non-violent situations at school board meetings where parents have increasingly voiced opposition to matters of critical race theory and more in the education of their children.

After Nadler's objection, Republicans wanted to know why Nadler was afraid to show the video.

"Mr. Chairman what are you afraid of?"

WATCH as Jerry Nadler and committee Democrats make up rules to BLOCK AND CENSOR video testimony of concerned parents at school board meetings from @JudiciaryGOP hearing with AG Garland: pic.twitter.com/2u2S73tsNl

.@HouseJudiciary Democrats censored the playing of this video during our hearing today. Why don't they want America to see it? https://t.co/ZLBFggMmfI

Republicans came back to the school board issue throughout the hearing.

Rep. Steve Chabot, R-Ohio, for example, told Garland he "found it deeply disturbing that the National School Boards Association convinced the Biden administration to sic you and your Justice Department, the FBI … on involved parents as if they were domestic terrorists."