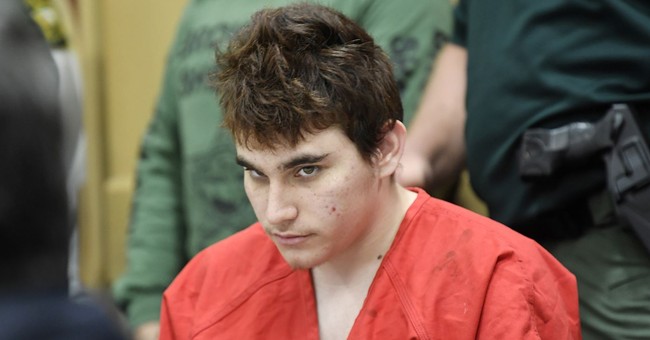 Parkland shooting suspect Nikolas Cruz pleaded guilty Wednesday to 17 counts of murder and 17 counts of attempted murder during his rampage at Marjory Stoneman Douglas High School in 2018. Now, a jury will decide whether he faces life in prison or the death penalty.

After a prosecutor reviewed his grisly crimes to the courtroom, which was filled with relatives of victims, the 23-year-old said he was “very sorry.”

“I have to live with it every day,” he said, telling victims’ families, “I love you, and I know you don’t believe me.”

“If I were to get a second chance, I would do everything in my power to help others,” he added.

“This is all just a little bit of theater, and it allows the defense to be able to focus on attempting to save his life in the penalty phase of the trial," he told CNN after the hearing.

In 2018, Cruz, who has a history of mental health problems and behavioral issues, told police a “demon” voice in his head told him to “Burn, kill, destroy.” He also admitted to trying to commit suicide beforehand and said he used marijuana and Xanax.

During Wednesday’s hearing, he again came back to the issue of pot.

"I hate drugs and I believe this country would do better if everyone would stop smoking marijuana and doing all these drugs and causing racism and violence out in the streets,” he said.

From the start, Mr. Cruz’s lawyers said he would agree to plead guilty in exchange for life imprisonment. But the top prosecutor in Broward County at the time of the attack, Michael J. Satz, said he would pursue the death penalty. Mr. Satz’s term as state attorney has since ended, but he is still leading the case.

Defense lawyers did not discuss the reason for the decision to enter a guilty plea despite the risk of execution, but legal analysts said it could provide advantages. Once a defense lawyer has determined that a guilty verdict is unavoidable, arguing otherwise might only burn good will with jurors, said William N. Nettles, a former United States Attorney in South Carolina.

“In cases like that, it’s often the best course of action to decline to fight a losing battle and instead fight a battle that you might win — and that’s the sentencing battle,” he said.

During sentencing, the defense can present mitigating evidence that would not typically be admissible during the guilt phase, such as background about the defendant’s childhood or “anything they can do to inject to the jury something humanizing,” said George Brauchler, a former district attorney in Colorado who prosecuted the gunman in the Aurora shooting. (NYT)

After the jury makes its recommendation the final decision will be in the judge's hands.