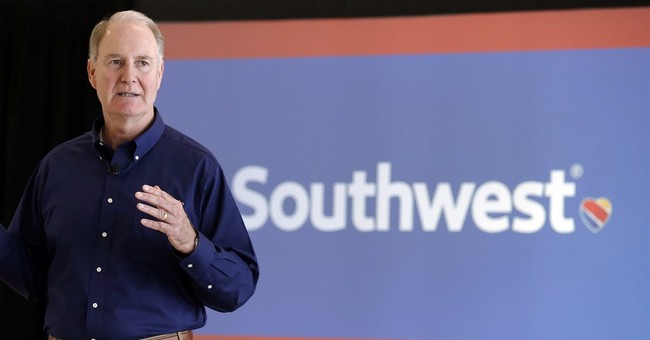 “I’ve never been in favor of corporations imposing that kind of a mandate,” Kelly insisted on CNBC Tuesday. “I’m not in favor of that, never have been. But the executive order from President Biden mandates that all federal employees and then all federal contractors, which covers all major airlines, have to have a vaccine mandate in place by December 8. So we’re working through that.”

The comments came after Texas Gov. Greg Abbott announced a ban on vaccine mandates for companies in the state. Despite that order, Dallas-based Southwest is pursuing a mandate, pointing to Biden’s order that federal contractors must be vaccinated.

"Federal action supersedes any state mandate or law, and we would be expected to comply with the President's Order to remain compliant as a federal contractor," Southwest said in a statement on Tuesday.

“We’re urging all of our employees to get vaccinated,” Kelly said. “If they can’t, we’re urging them to seek an accommodation, either for medical or religious reasons. And my goal, obviously, is that no one loses their job. The objective here, obviously, is to improve health and safety, not for people to lose their jobs.”

Southwest CEO blames Biden for vax mandate: “I’m not in favor of that, never have been. But the executive order from President Biden mandates that all federal employees, and then all federal contractors, which covers all the major airlines, have to have a mandate.” pic.twitter.com/TQs21CEMoG

Fox News’s Tucker Carlson took issue with Kelly arguing the government mandate forced their hands given that the Biden administration is violating its own laws on immigration.

"Oh it's a government mandate?" he said after playing a clip of Kelly's comments. "That would be the same government that is ignoring its own laws, that is ignoring federal immigration law in allowing the rest of the world into our country unchecked. That's a violation of the law. The Biden administration is abetting illegal behavior.

"So for the CEO of a company to say ‘we must follow the law’ as directed by an administration that is violating the law on a mass scale is a little much and everyone knows it," Carlson added. "Lying, lying, lying."

Southwest made headlines in recent days for canceling nearly 2,000 flights over the weekend, with many speculating it had to do with workers protesting the vaccine mandate. The company vehemently denied those allegations, however.