Haitian Illegal Immigrants Are Making a Habit of 'Hijacking' Buses 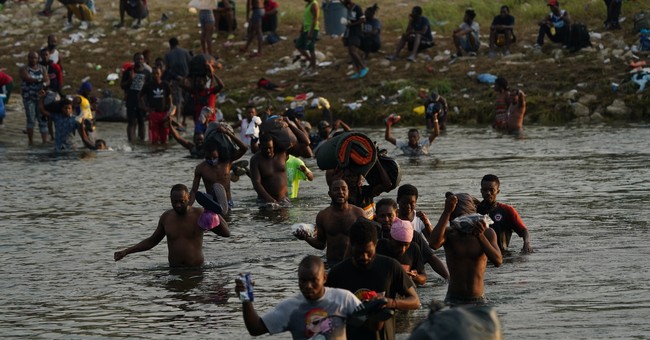 As Matt reported on Tuesday, a group of Haitian illegal immigrants who were being transported from the border took control of a federally contracted bus and escaped. But it turns out this wasn’t a one-off incident. It’s happened multiple times.

Haitian migrants in federal custody have "hijacked" multiple buses during transport rides and forced out drivers in incidents that threaten to stop the U.S. government's immigration enforcement operations, according to three people familiar with the incidents.

"They’ve been basically overpowering the drivers and they’ve actually hijacked a couple of the buses and driven them down the road a little ways and escaped. This happened multiple times," a senior federal law enforcement official told the Washington Examiner Tuesday evening.

The incidents have occurred aboard the boarded-up school buses and commercial coach buses transporting Haitian migrants from the camp beneath the Del Rio-Ciudad Acuna International Bridge to processing centers across the region, as well as from the processing centers to local airports for deportation flights.

"They’re moving the detainees, but they’re not shackled — they’re not restrained in any way. Yesterday some detainees kicked a window out and 22 escaped," the same official said, referring to an incident on Monday. (Washington Examiner)

The bus incidents come as the Associated Press reports that contrary to public claims that the Haitian illegal immigrants are facing expulsion, they're actually being released into the U.S. on a “very, very large scale."

On Tuesday, a group of House Republicans filed articles of impeachment against Biden in part over his handling of the border crisis.