Biden's Approval Numbers Are In After Afghanistan Debacle 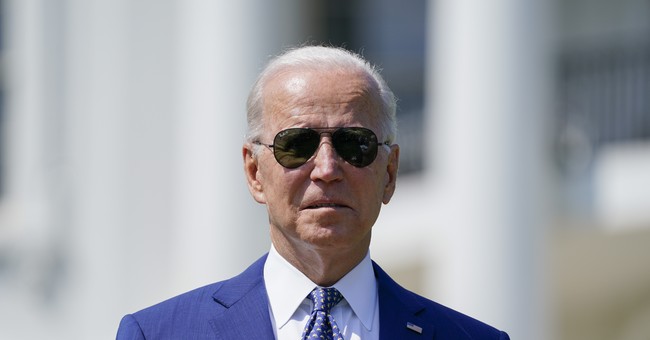 President Biden's haphazard handling of the withdrawal from Afghanistan is being criticized by Republicans and Democrats alike. Sure, he claimed the buck stops with him during his Monday night address to the nation, but he spent the rest of the time blaming everyone else for the Taliban's rapid takeover of the country.

One Afghanistan vet, a Biden supporter, said he was "appalled" that the president lied to the American people in the speech, while Democratic Rep. Seth Moulton called Biden's claim that some Afghans who are not being evacuated want to stay "utter BS." House Democrat Jim Langevin, meanwhile, blasted the withdrawal as a "catastrophe." Nevertheless, Biden said he stands behind his decision, arguing there would never be a good time.

While we're hearing an earful from commentators and lawmakers about Biden's handling of the debacle, how are voters reacting? According to a new Rasmussen poll, he's underwater for the first time in his presidency.

The latest figures include 26% who Strongly Approve of the job Biden is doing and 45% who Strongly Disapprove. This gives him a Presidential Approval Index rating of -19. (Rasmussen)

President Joe Biden's approval rating dropped by 7 percentage points and hit its lowest level so far as the U.S.-backed Afghan government collapsed over the weekend here in an upheaval that sent thousands of civilians and Afghan military allies fleeing for their safety, according to a Reuters/Ipsos poll.

The national opinion poll, conducted on Monday, found that 46% of American adults approved of Biden’s performance in office, the lowest recorded in weekly polls that started when Biden took office in January.

It is also down from the 53% who felt the same way in a similar Reuters/Ipsos poll that ran on Friday. (Reuters)

No wonder he's back to talking about Covid-19 on Wednesday, even as thousands of Americans are trapped behind Taliban checkpoints, unable to get to the airport.