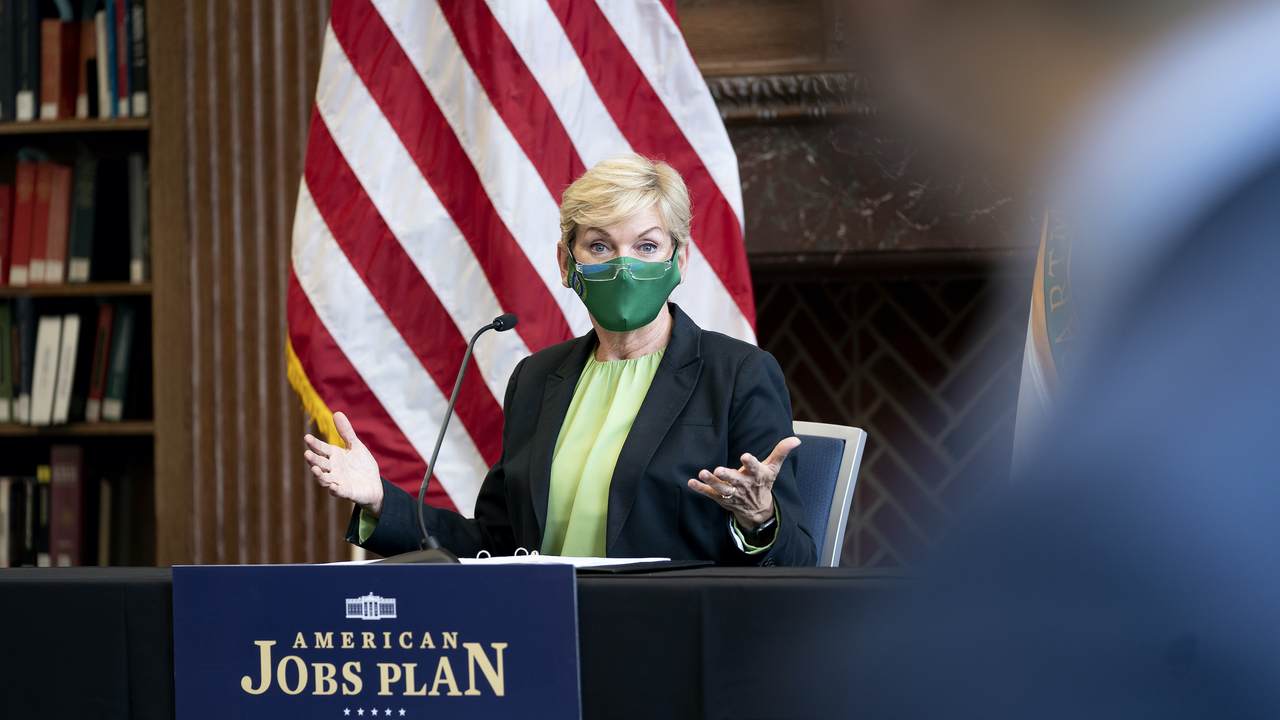 Even before the cyberattack on the Colonial Pipeline, resulting in gas shortages in the southeast, President Biden made clear from Day One how he felt about pipelines. With the stroke of a pen, he shut down the Keystone XL pipeline, and based on past comments, he doesn’t plan to stop there.

Some began wondering how the cyberattack would help the administration’s green energy agenda, pushing for electric cars, with one reporter even asking Energy Secretary Jennifer Granholm about it during a press briefing on Tuesday.

Her response was telling.

“Obviously, we have the acute issues with the Colonial Pipeline ransomware attack. But looking more holistically in a macro view, how does this speed up the efforts at DOE to move in more of a renewable direction since this is going to have an impact on people at the pump?” the reporter asked.

“Yeah, I mean, we obviously are ‘all in’ on making sure that we meet the president’s goals of getting to 100% clean electricity by 2035 and net-zero carbon emissions by 2050,” Granholm replied. “And, you know, if you drive an electric car, this would not be affecting you, clearly.

ICYMI
As Americans wait in long lines for gas & pay higher prices if they find it, Biden’s Energy Secretary Jennifer Granholm actually said this with a smile:

“Ya know, if you drive an electric car, (gas shortages) would not be affecting you, clearly.” pic.twitter.com/P0xs6Vj2Kn

“The broader issue is a very important issue,” Granholm said. “It’s an issue for the president’s priority and the American Jobs Plan — the issue of investing in a transmission grid, for example, so that you don’t have the cyber issues associated with it.”

She added: “So there’s a lot of broader questions in this, and we hope that we’ll be able to see that investment in infrastructure that will facilitate clean and renewable energy.”

Sen Kennedy Drops Another Golden Biden One-Liner
Townhall
You KNOW the baby formula shortage is BAD for Biden when his handy-dandy water-carriers (aka fact-checkers) show up all at once to DEFEND him
Twitchy
John Durham Faces New Challenges After Jury Selection in Sussmann Case
Redstate
Insanity Wrap: Is Elon Musk Trying to Buy Twitter — Or Humiliate It?
PJ Media