Without Evidence, MSNBC Host Wonders if DeSantis Will Be Caught Up in Sex Scandal 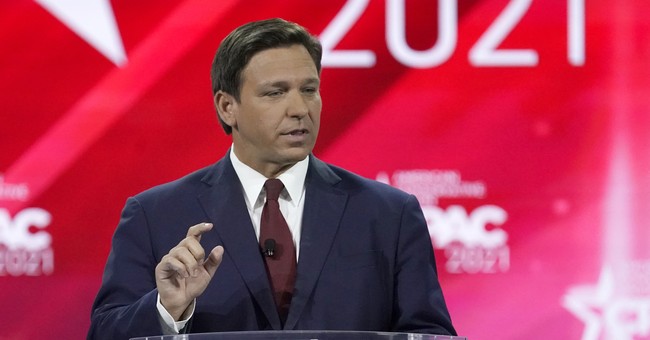 While discussing the sex scandal allegations against Rep. Matt Gaetz, which the Florida Republican has vehemently denied, MSNBC host Joy Reid wondered, without evidence, if Florida Gov. Ron DeSantis could be caught up in the alleged scandal.

“So, the question for Gaetz, because obviously Greenberg has to give somebody bigger than him, that would be Gaetz,” Reid said. “Here is at least, per the reporting, the people who were on that Bahamas trip. Notice if you see somebody’s name that rings a couple of times.

“[You] had at least five women, per Politico, you had Gaetz; you had a guy named Jason Pirozzolo, the hand surgeon and GOP fundraiser to Ron DeSantis, who apparently Gaetz wanted to turn into the attorney general of Florida,” she continued. “There’s Halsey Beshears, a former state legislator and former appointed official in the DeSantis administration.

“If you’re Ron DeSantis, does this feel like it’s creeping closer to you?” Reid asked guest Glenn Kirschner, a former federal prosecutor. “Because these are your friends, these are your allies.”

“Yeah, just as Greenberg’s lawyer said about Matt Gaetz when he left the courthouse the other day, he said, ‘You know what, if I were Matt Gaetz, I don’t think I’d be all that comfortable right about now,’” Kirschner claimed. “You have to believe that DeSantis, I mean, these are his boys, these are his guys, right? We’ve seen the pictures. We’ve heard the stories. You have to believe that Ron DeSantis, if he has done anything wrong, feels like things are creeping closer and closer to him.”

Without any evidence, MSNBC's Joy Reid and Glenn Kirschner insinuate that Ron DeSantis will be implicated in the sex trafficking ring with Congressman Matt Gaetz and Joel Greenberg involving drugs and hookers.

Kirschner: "[T]hings are creeping closer and closer to him. " pic.twitter.com/kmJbrkhPeS

Reacting to the clip, Twitters users pointed out that it "reeks of fear and desperation" as DeSantis is increasingly seen as a strong presidential contender in 2024.

This is outrageous, unethical, and - if we just stay focused on the politics of 2024 - reeks of fear and desperation. https://t.co/VL93JHCh8R?

As Project Veritas revealed in undercover video this week, a CNN staffer claimed the network is intensely focusing on the allegations against Gaetz because "he’s a problem for the Democratic Party" and it would benefit the party to "get him out." Based on the clip above, it appears MSNBC may be working on a more all-encompassing strategy.