Biden Tries to Take Credit For Something He Was Against 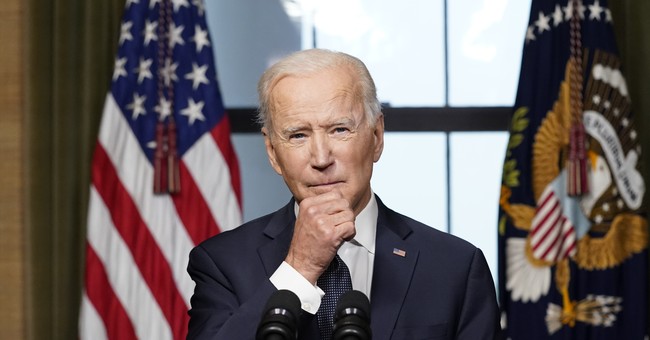 During his remarks announcing a new timeline to withdraw troops from Afghanistan after nearly 20 years of war, President Biden appeared to take credit for the decision to green-light the raid that killed former al Qaeda leader Osama bin Laden.

Biden recalled a trip he made to Afghanistan in 2008 shortly before getting sworn in, which he said “reinforced” his belief that “only the Afghans have the right and responsibility to lead their country, and that more and endless American military force could not create or sustain a durable Afghan government.”

He said he wanted the U.S.’s presence in the country to be focused on ensuring it was not used as a base to attack the homeland from—an objective that was accomplished, he noted.

While Biden has different versions of what happened in the lead-up to Obama’s decision to authorize the raid that took out bin Laden, it is well documented that he was against going at that time.

Biden’s first version of his role in the discussion was best expressed in January 2012, when he spoke to House Democrats at a retreat. Biden at the time probably did not expect to run again for president. He was clearly trying to make Obama look like a gutsy decision-maker in the face of antsy aides.

“The president, he went around the table with all the senior people, including the chiefs of staff, and he said, ‘I have to make a decision. What is your opinion?’ He started with the national security adviser, the secretary of state, and he ended with me,” Biden said. “Every single person in that room hedged their bet except [CIA Director] Leon Panetta. Leon said, ‘Go.’ Everyone else said, 49, 51. He got to me. He said, ‘Joe, what do you think?’ And I said, ‘You know, I didn’t know we had so many economists around the table.’ I said, ‘We owe the man a direct answer. Mr. President, my suggestion is, don’t go. We have to do two more things to see if he’s there.’ ” (WaPo)

Obama also touched on Biden's critique of the raid during a 2012 debate with Mitt Romney.

OBAMA: And you said we should ask Pakistan for permission. And if we had asked Pakistan permission, we would not have gotten him. And it was worth moving heaven and earth to get him.

You know, after we killed bin Laden I was at ground zero for a memorial and talked to a young women who was four years old when 9/11 happened. And the last conversation she had with her father was him calling from the twin towers, saying “Peyton (ph), I love you and I will always watch over you.” And for the next decade, she was haunted by that conversation. And she said to me, “You know, by finally getting bin Laden, that brought some closure to me.”

And when we do things like that -- when we bring those who have harmed us to justice, that sends a message to the world and it tells Peyton (ph) that we did not forget her father. And I make that point because that’s the kind of clarity of leadership, and those decisions are not always popular. Those decisions generally -- generally are not poll-tested. And even some in my own party, including my current vice president, had the same critique as you did. (Transcript via WaPo)