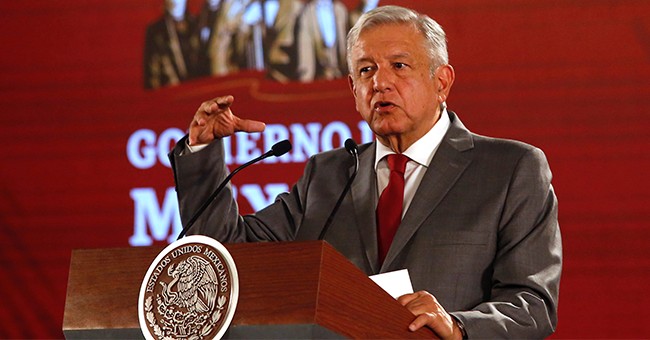 The changes President Biden immediately sought upon taking office that reversed former President Trump’s immigration policies—including the Remain in Mexico policy—prompted migrants to make the journey to the United States, he argued.

"Expectations were created that with the government of President Biden there would be a better treatment of migrants," Lopez Obrador said at a press conference. "And this has caused Central American migrants, and also from our country, wanting to cross the border thinking that it is easier to do so."

He also noted that “people don’t go to the United States for fun, they go out of necessity”—a point El Salvador’s president recently acknowledged in an interview with Fox News’s Tucker Carlson.

“If you don’t provide for your people, economic opportunities, if your economy is doing bad, if your security is doing bad, people are going to leave, and you’re going to go and try to find a rich country, right? They’re not going to leave for Guatemala. They want to go to the United States," El Salvadoran President Nayib Bukele told Carlson.