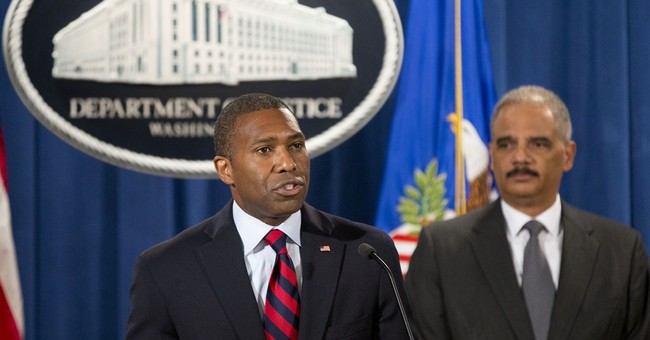 Kamala Harris’s brother-in-law is being floated as a possible nominee for U.S. attorney general, according to reports, leading many to point out the obvious: that’s a serious conflict of interest.

Ben Crump, the attorney for George Floyd and Breonna Taylor’s families, argued for Tony West in an opinion piece this week, arguing there’s “no one more uniquely qualified for this role given this significant moment in history” than him.

West, who is married to Harris' sister Maya, is currently Uber's chief legal officer and served in both the Clinton and Obama administrations.

As general counsel at PepsiCo Inc., West was a strong advocate for diversity in recruitment and hiring. His reputation for integrity and effectiveness led Uber to hire him as chief legal officer to lead the effort to clean up its culture.

But West has always remained a public servant at heart. With his keen legal mind, strong character and commitment to justice, I can think of no one better to lead the Department at this time. (USA Today)

On Twitter, many argued that no matter how qualified he may be for the job, it should be a "non starter" given his relation to Harris.

Whatever Tony West's qualifications for the job might be, nominating the VP's brother-in-law to be attorney general seems like it should be a non-starter. https://t.co/8WZHTgUImT

Why would you even say this? This is Kamala Harris's BIL, which automatically creates a huge conflict of interest. https://t.co/MLCKdhI5pV

Love your work, .@AttorneyCrump, but please do not shill for nepotism in the Biden-Harris administration. There are MANY other excellent AG candidates throughout the USA. Would love to learn your other recommendations. https://t.co/OGPRVKnGi8

According to Fox News, others floated as being considered for the job include "Massachusetts Gov. Deval Patrick, who served in Obama’s justice department, California Attorney General Xavier Becerra, former Homeland Security adviser Lisa Monaco and Sally Yates, a former deputy attorney general who was fired by President Trump early in his term."