Photos: Here's a Sample of What Anarchists Are Using Against Federal LEOs in Portland Riots 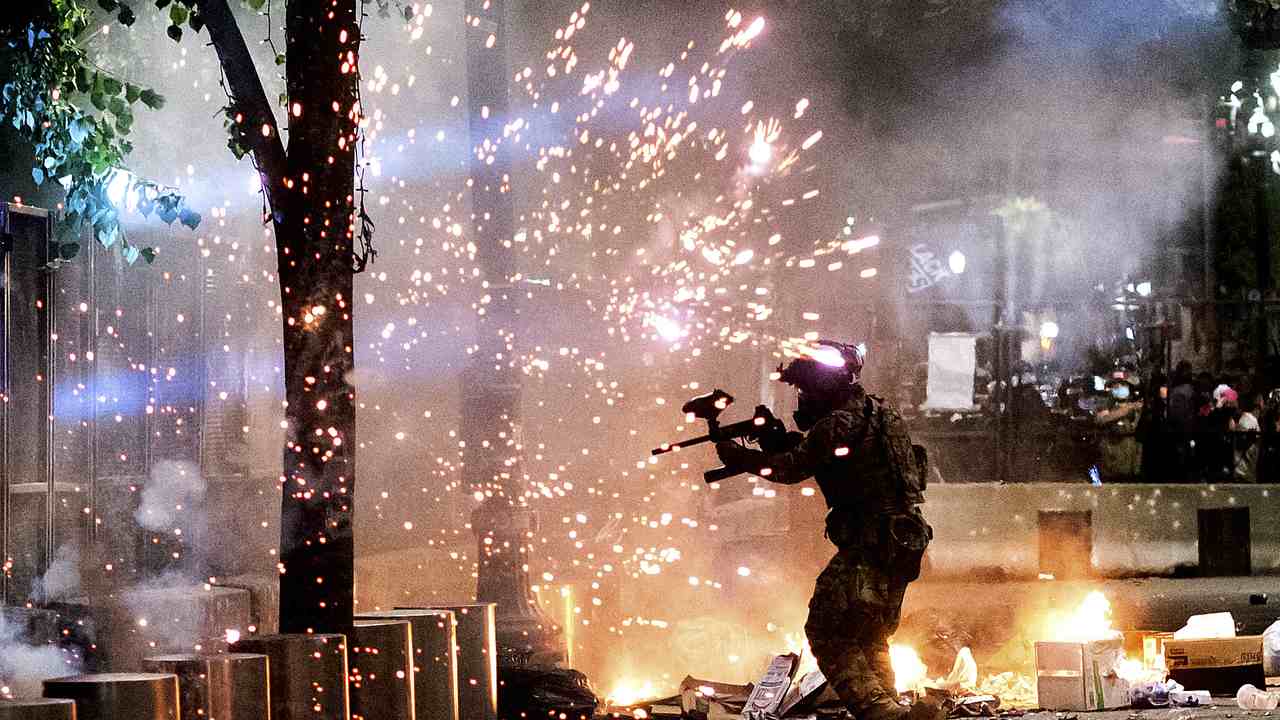 The Department of Justice released photos Monday of the contraband that has been taken from rioters at the federal Courthouse in Portland. The images only represent a portion of what anarchists have used against federal law enforcement officers, however.

According to DHS, the fencing that has been installed around the courthouse has become a target for anarchists, "who constantly are trying to tear it down with ropes, saws, hammers, bolt cutters, and power tools." The read-out estimates that the crowd size around the courthouse on Saturday evening was between 4,000-5,000 people, which grew even larger as the night went on. Officers came under fire from projectiles, chemical agents, a 10-minute-long firework attack, balloons filled with fecal matter, and laser attacks, which have resulted in at least three officers suffering eye injuries that may cause permanent blindness. There were 20 injuries to federal officers over the weekend, according to acting Department of Homeland Security Secretary Chad Wolf.

There is nothing “peaceful” about throwing commercial-grade fireworks at law enforcement. This is criminal. pic.twitter.com/T5P0bCryQ8

Agents are assaulted w/laser weapons in #Portland every night.

These are deliberate acts of aggression against Agents who are guarding the federal courthouse. Violent extremists are ramping up the use of these & other weapons that are causing severe bodily harm to our Agents. pic.twitter.com/7tGzM3qEFG

U.S. Attorney Billy Williams announced Monday that 22 individuals were arrested and face federal charges for rioting over the weekend at the Portland courthouse.