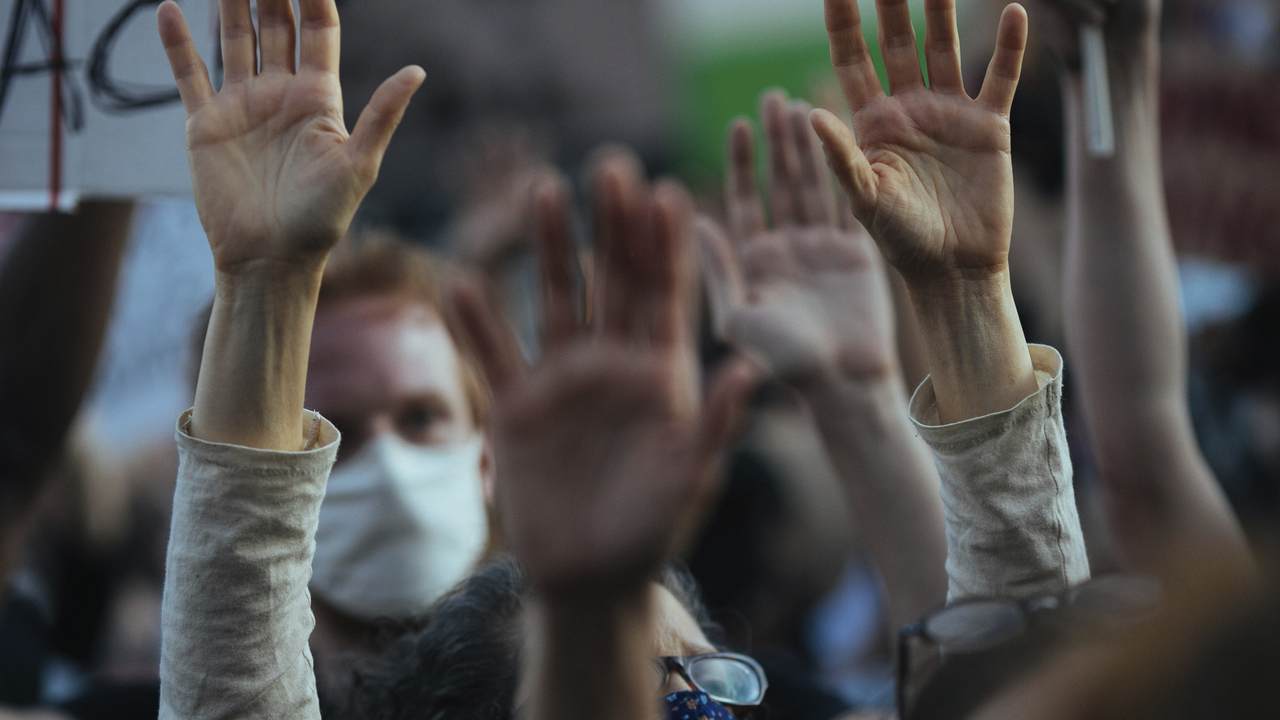 If you've seen or watched news coverage of any of the Black Lives Matter protests across the nation in the wake of George Floyd's death in police custody, you've noticed it's not just those in the black community who are demanding change. They are joined by people of all races, but increasingly, some in the movement are wondering how sincere white people showing up really are.

...some black protesters and activists expressed ambivalence about the shift.

Opal Tometi, 35, a co-founder of Black Lives Matter, called the outpouring “beautiful,” but she added, “I have minor trepidation, like most, that this could end up being a trend.” […]

Anthony Beckford, president of Black Lives Matter Brooklyn, recalled being at a protest in Brooklyn and feeling uneasy about the large numbers of white people who had shown up.

“I looked around and I was like: ‘I feel outnumbered. Is my life in danger?’” said Mr. Beckford, 38, who added that he feared that some of the protesters were white nationalists infiltrating the march.

He said he and his friends have had to tell some white protesters that they could not just show up and take over.

“Our fight is our fight. Their privilege can amplify the message, but they can never speak for us,” Mr. Beckford said. “There have been moments where some have wanted to be in the front. I’ve told them to go to the back.” (NYT)

According to one study The Times story mentioned, white, highly educated people made up the majority of protesters in one weekend protest in New York, Washington, and L.A.

Over the weekend in Raleigh, North Carolina, white people were actually the only ones there, according to political commentator Benji Irby.

Me and @ShemekaMichelle at the North Carolina State Capitol.

I was coming here to be a nerd and add this to my collection of State Capitol selfies when we ran into a #BlackLivesMatter protest...

Should we go over there & ruin their day right now? ???? pic.twitter.com/tuPwkNKuYL